May 6th, 2022 – When classified data is exposed no one is safe. Valiant is proud to reveal a deadly new limited series launching in February, 2023 – NINJAK: SUPERKILLERS. 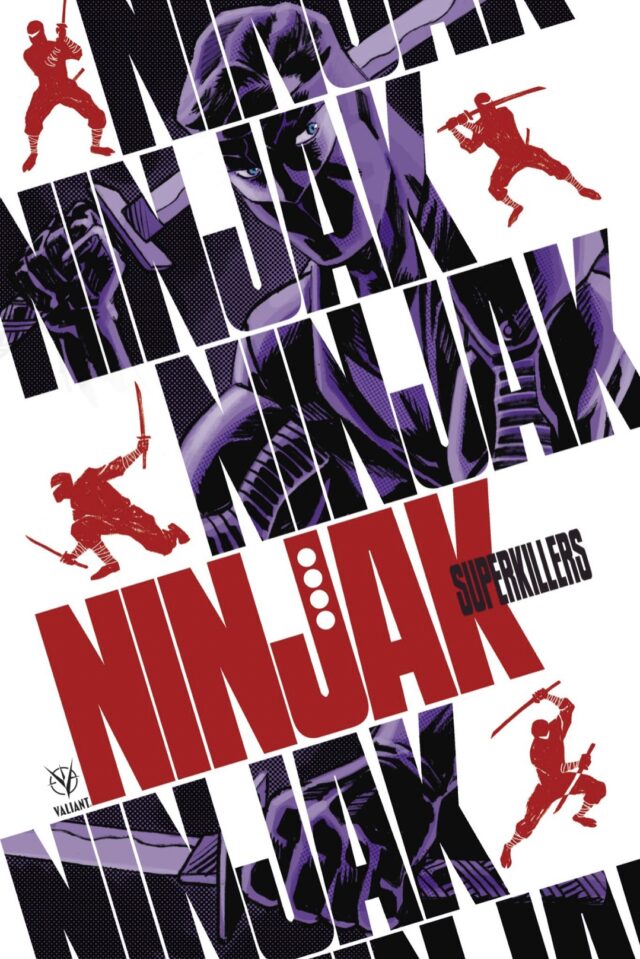 A ruthless team of superpowered killers versus the world’s most lethal assassin – who will survive? The all-new explosive limited series NINJAK: SUPERKILLERS is a globetrotting noir tale with deadly consequences for the Valiant Universe.

To learn more about the return of NINJAK, don’t miss out on the all-new stories featured in the VALIANT 2022 FREE COMIC BOOK DAY issue available Saturday, May 7th. The new original stories feature the thrilling, can’t miss introduction of NINJAK: SUPERKILLERS – as well as new BLOODSHOT and ARCHER & ARMSTRONG stories – alongside previews for the future of SHADOWMAN and X-O MANOWAR, bringing the Year of Valiant into the spotlight like never before.

NINJAK: SUPERKILLERS #1 is set to launch in February, 2023 from writer Jeff Parker and artist Mike Norton featuring a spectacular preorder cover by Dave Johnson. The limited series puts the fan-favorite NINJAK in a merciless fight to reclaim the life that has been taken from him, but can he survive the onslaught?

Don’t miss the VALIANT 2022 FREE COMIC BOOK DAY issue available on Saturday, May 7th to see the introduction of NINJAK: SUPERKILLERS alongside new BLOODSHOT and ARCHER & ARMSTRONG stories and stay tuned for more by following Valiant on Facebook, Twitter and Instagram and joining the Valiant Community on Discord!