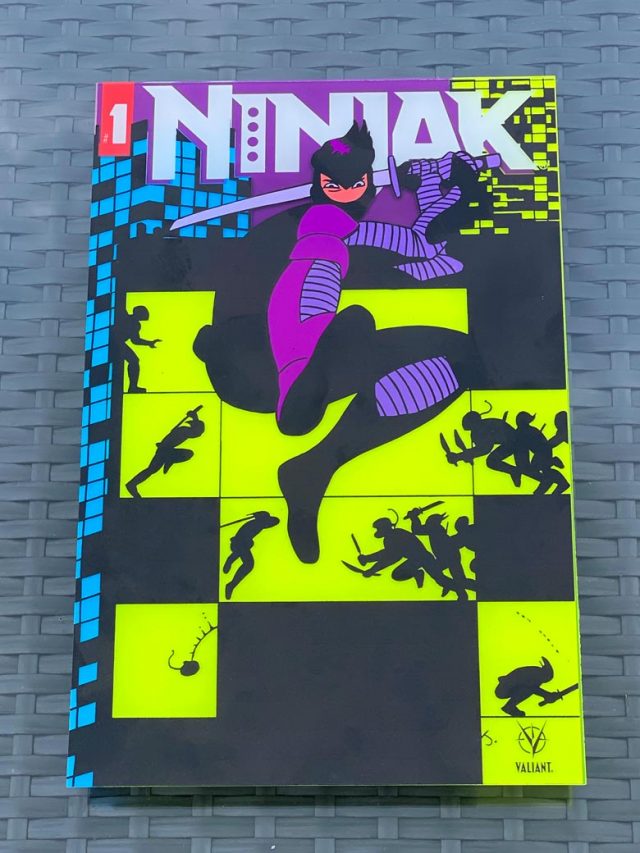 Designed by Travis Escarfullery, Valiant Entertainment’s Director of Design and Production, this special variant cover is a screen print over a pane of acrylic. Seven different inks bring the cover to life, including three fluorescent dayglo inks which glow under a blacklight. Get a better look at this limited variant below.

The NINJAK #1 Prisma Glass Variant Cover is a 1:100 cover which means comic book shops will receive one with every qualifying order of 100 copies of NINJAK #1. Contact your local comic shop for more information on how to add this limited cover to your collection.
NINJAK #1 goes on sale July 14th, 2021. Stay Valiant, everyone.