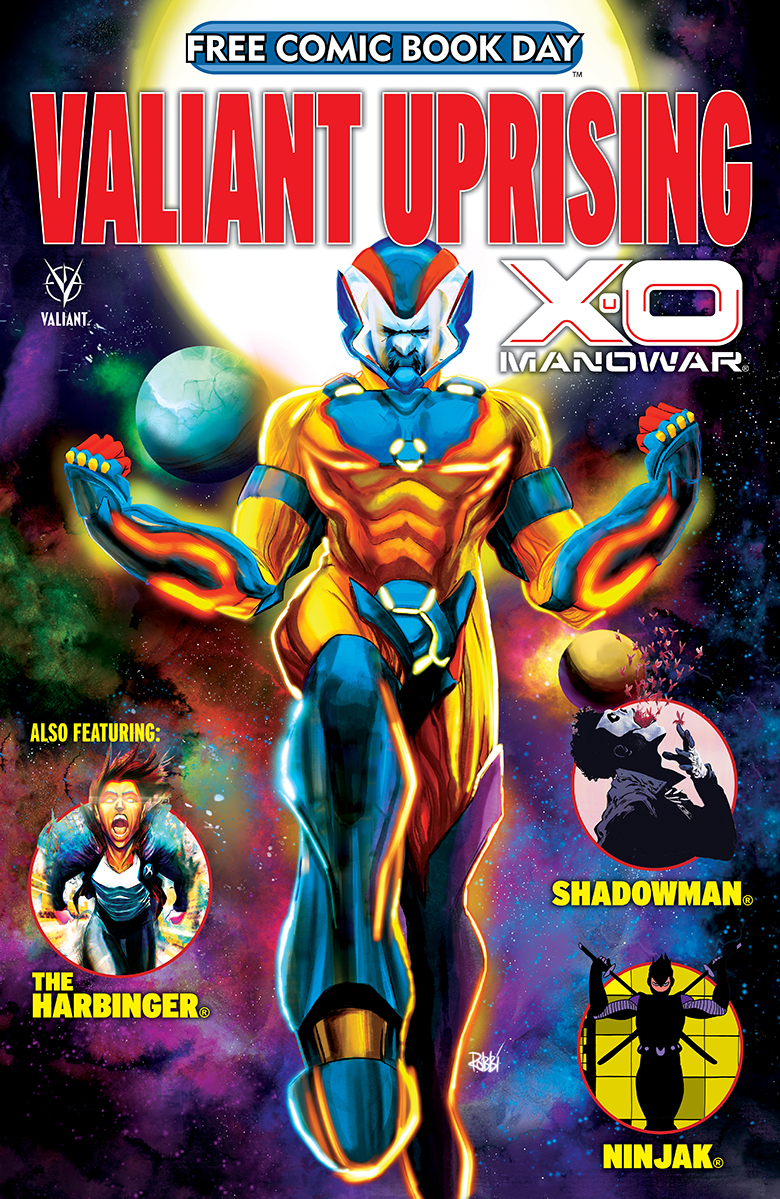 Featuring a cover by THE HARBINGER artist Robbi Rodriguez, the VALIANT UPRISING FCBD SPECIAL will be available only in comic book shops this August. The must-read issue is packed with content, including…

• A special advance preview of THE HARBINGER #1, an all-new series from co-writers Jackson Lanzing and Colin Kelly with superstar artist Robbi Rodriguez that promises to take Valiant’s psiot rebel in a vivid new direction!

• Plus, find out how the world’s greatest spy responds to being unmasked, hunted, and trapped in a first look at NINJAK #1, the pulse-pounding thrill ride from Ringo Award-winning writer Jeff Parker and legendary artist Javier Pulido.

• Finally, get a sneak peek from writer Cullen Bunn and artist Jon Davis-Hunt of what’s to come in the terrifying pages of SHADOWMAN!

Celebrate Free Comic Book Day 2021 at your local comic shop on August 14th. For more information on FCBD 2021, visit https://www.freecomicbookday.com/ and to find a comic shop near you go to https://www.comicshoplocator.com/.

About Valiant Entertainment
Valiant Entertainment, a subsidiary of DMG Entertainment, founded by Dan Mintz, is a leading character-based entertainment company that owns and controls the third most extensive library of superheroes behind Marvel and DC. With more than 80 million issues sold and a library of over 2,000 characters, including X-O Manowar, Bloodshot, Harbinger, Shadowman, Archer & Armstrong, and many more, Valiant is one of the most successful publishers in the history of the comic book medium. For more information, visit Valiant on Facebook,  Twitter, Instagram, and ValiantEntertainment.com. For Valiant merchandise and more, visit ValiantStore.com.