The wild ride begins this June in SAVAGE #1! 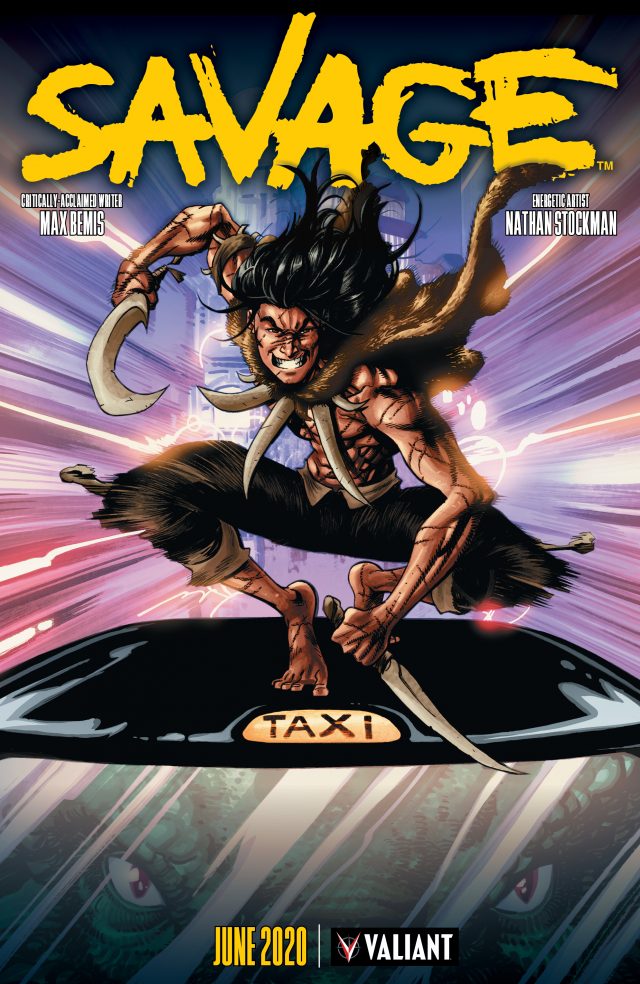 “SAVAGE is the biggest story I’ve ever told. As in it’s my aesthetic turned up to eleven and crammed into the skin of a summer blockbuster film,” said Max. “If you dig the more fun and up-tempo stuff I’ve done like Worst X-Man Ever, this is the book you’ve been waiting for.”

Working on SAVAGE is a dream come true for Nathan. “This series is everything I love about comics. It’s big
action, laughs, and a great story.” The exceptional artist added, “Every page has something I enjoy drawing and hopefully that energy will translate to the readers. I want them to have as much fun reading as I’m having drawing!”

Editor DAVID MENCHEL continues to be impressed by Max’s vision for this unique story. “Max is bringing brutality and humor together in a truly unique way, simultaneously delivering high octane thrills and deeply clever laughs.” David added that there’s no one better than Nathan to bring Max’s exciting script to life. “Nate has been turning in pages that perfectly balance the absurdity and violence in a way I didn’t think was possible. There’s no other team that could deliver this particular story as well as these guys are, and that message is loud and clear from page one all the way to page twenty.”

Check out Comicstorian’s video for more information and his spoiler-free thoughts on the first issue.