• Ray Fawkes (Gotham By Midnight) and Jeremy Haun (The Red Mother) ignite a chilling new crime noir mystery.
• A superpowered serial killer is terrorizing San Francisco, but they’re no Zodiac — they’re worse.
• The detective, the reporter, the new superhero in town… who will be the final witness?

• A new threat emerges from the fires of X-O’s latest battle!
• Can X-O save the day, or does the world need a new kind of hero?

• The entire world vs. a madman… the world is going to need more heroes!
• It’s the can’t-miss clash of 2020 as Hardian stands against the Valiant Universe!

• Unthinkable monsters are unleashing Hell on Earth!
• Surrounded by enemies, who can Bloodshot trust?

• Home Alone, the boys are left to defend their lair against would-be bandits!
• What is Woody’s dark secret? The truth is finally revealed!

• With just two of The Visitor’s targets left standing, what extreme lengths will he go to in order to finish the job?
• Nothing is truly as it seems…

• A brand-new arc of the critically-acclaimed series starts here!
• Rai and Raijin are drafted into the positronic Roman legions to face a savage threat. 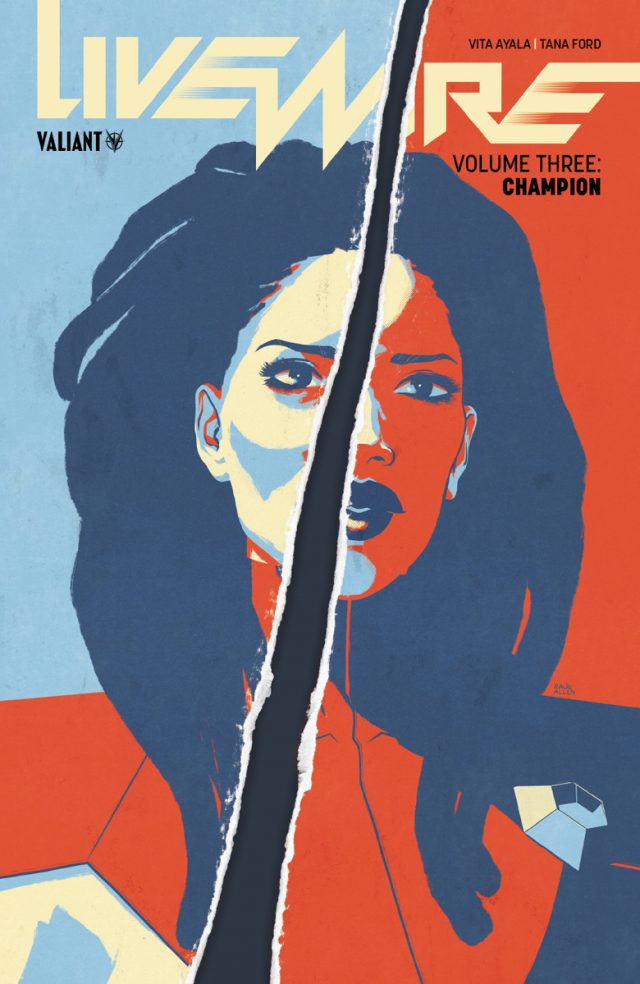 • What is the cost of freedom?
• Wanted fugitive Livewire has been on the run for months from the authorities for shutting down the country’s power in an effort to protect people gifted with powers. Will a shocking offer to go public from a renowned local politician pull Livewire into a political spotlight?
Valiant’s breakout heroine fights to clear her name in the next electrifying volume from rising stars Vita Ayala (Prisoner X) and Tana Ford (Avengers)!
• Collecting LIVEWIRE #9–12.