Valiant is proud to announce the BLOODSHOT #1-12 PREORDER EDITION BUNDLE, the latest in the publisher’s initiative to allow readers to order a complete story arc or an entire run of a limited series in advance. The BLOODSHOT PREORDER EDITION issues will feature covers drawn by Tim Sale (Batman), Brett Booth (Teen Titans), Tim Seeley (Hack/Slash), and other amazing artists! In addition to the eye-catching covers, each monthly issue will contain eight extra pages that are packed with bonus features including creator commentary, behind-the-scenes looks at the creation of the comics, character designs, and more for just $3.99!

Written by Tim Seeley (Revival) and with the first six issues illustrated by Brett Booth (The Flash), the Bundle is available to preorder now at local comic book shops by the final order cutoff (FOC) date of Monday, September 2nd. Issue #1 is set to debut on Wednesday, September 25th. 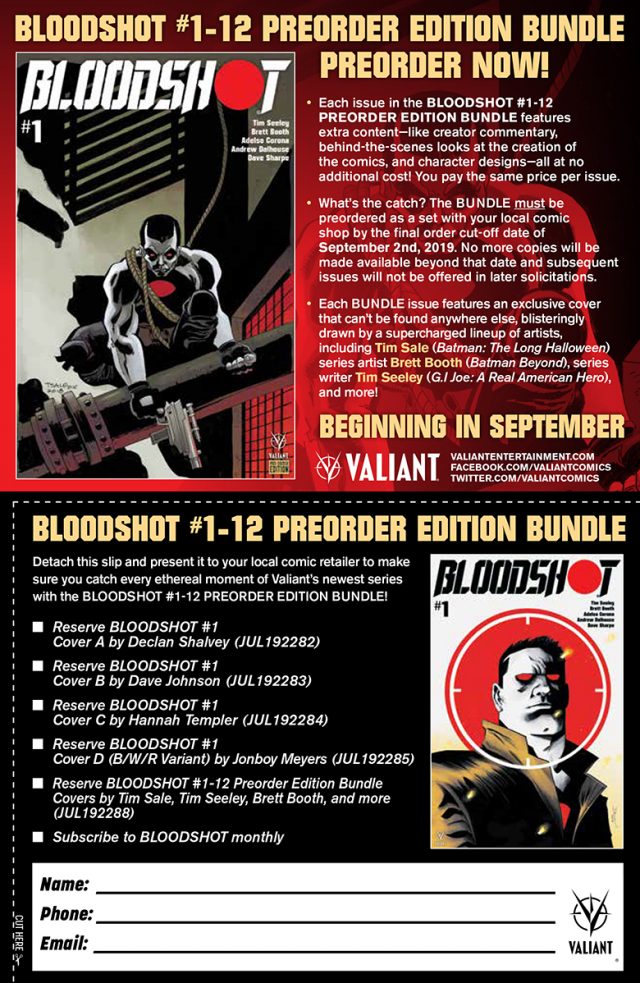