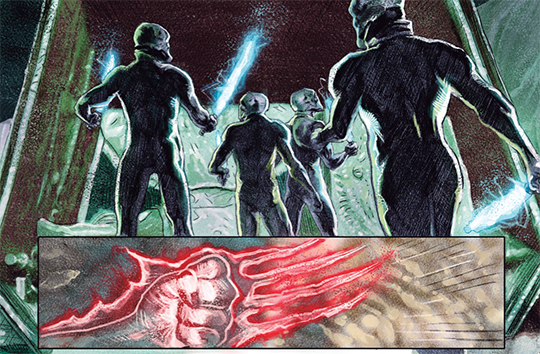 In the preview, four astronauts awake in an otherworldly prison with no memory of how they got there and quickly discover they have incredible abilities. What is their connection to the powerful cosmic beings called Psi-Lords? And how they will escape from their celestial captors? Feast your eyes on Guedes’ stellar artwork below!

The adventure begins in PSI-LORDS #1 this June.