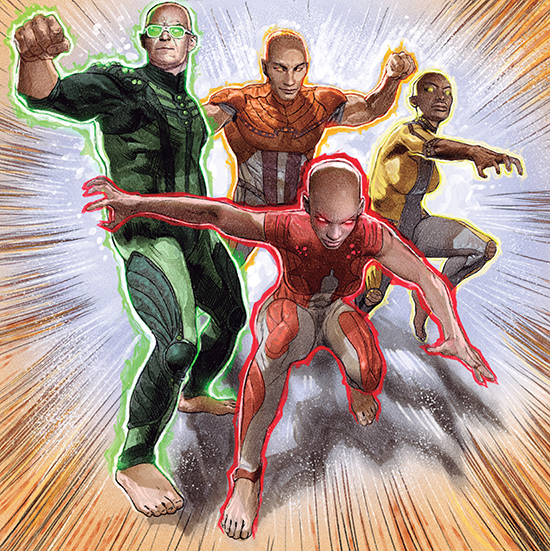 New York, NY (May 7, 2019) – Valiant is thrilled to announce the PSI-LORDS #1-12 PRE-ORDER EDITION BUNDLE, giving readers an opportunity to reserve the first 12 issues of the publisher’s upcoming sci-fi mystery series to receive bonus content and exclusive covers, all for no additional cost.

Written by Fred Van Lente (Weapon X) and illustrated by Renato Guedes (Wolverine), the Bundle is available to pre-order now at local comic book shops by the final order cutoff (FOC) date of Monday, May 27th. Issue #1 is set to debut on Wednesday, June 19th.

In PSI-LORDS, four astronauts awake in an otherworldly prison with no memory of how they got there. What is their connection to the powerful cosmic beings known as Psi-Lords? And how will they escape?

Released monthly from June 2019 through June 2020 each 40-page PRE-ORDER EDITION issue comes packed with trade paperback-style extras and bonus content—including creator commentary, behind-the-scenes looks at the creation of the comics, process character designs, and exclusive covers by a variety of incredible artists, like Paulina Ganucheau, who’s featured on issue #1—that can’t be found anywhere else. Each issue is priced at $3.99, the same price as the regular-edition copies!