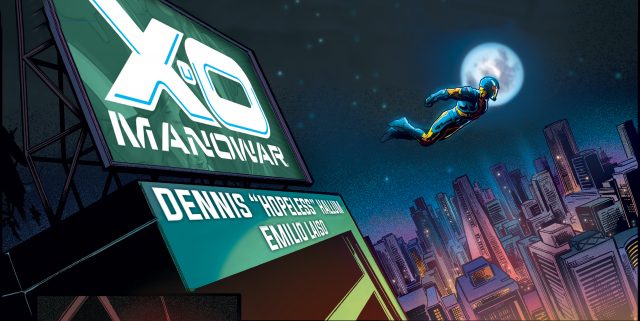 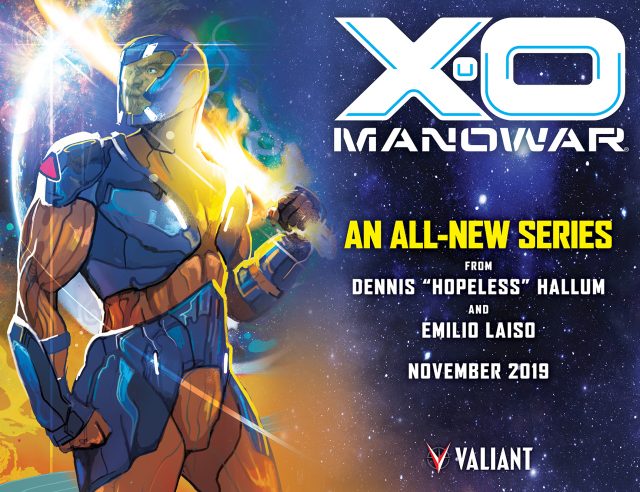 Scribe Dennis “Hopeless” Hallum (Star Wars: Vader – Dark Visions) proclaims, “The Valiant universe is full of intensely human characters with wild origins and interesting flaws.” With X-O MANOWAR Hallum is excited to explore new territory, “We always give the cool robot suits to billionaires and scientists. I love how Aric flips that on its head. He didn’t build the suit. He can’t explain the suit. And he could kick your butt up and down the road without the suit. The anachronism is fascinating and I can’t wait to play around with it.”
About Valiant Entertainment
Valiant Entertainment, a subsidiary of DMG Entertainment, founded by Dan Mintz, is a leading character-based entertainment company that owns and controls the third most extensive library of superheroes behind Marvel and DC. With more than 80 million issues sold and a library of over 2,000 characters, including X-O Manowar, Bloodshot, Harbinger, Shadowman, Archer & Armstrong, and many more, Valiant is one of the most successful publishers in the history of the comic book medium. For more information, visit Valiant on Facebook, Twitter, Instagram, and ValiantEntertainment.com. For Valiant merchandise and more, visit ValiantStore.com.
Archives >