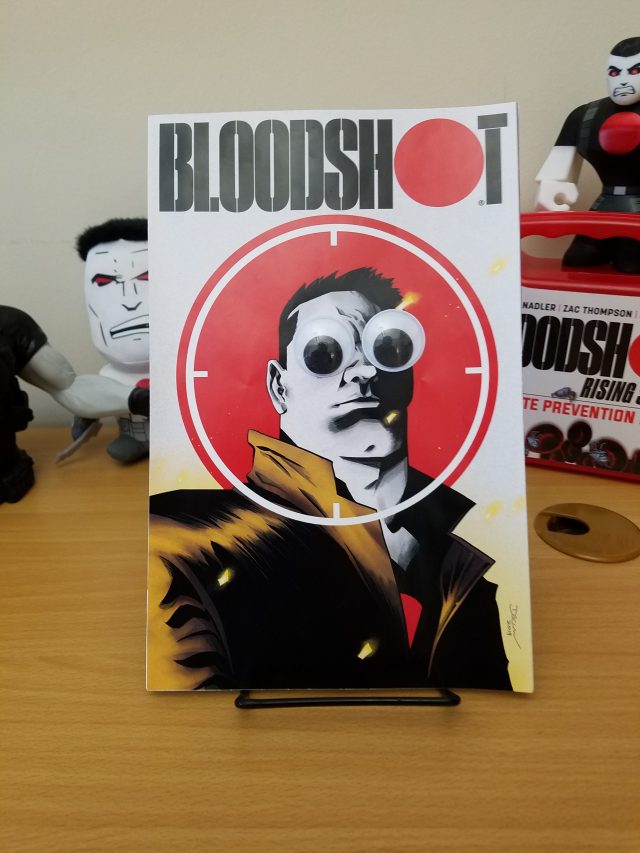 New York, NY (April 1, 2019) – Valiant Entertainment is beyond excited to reveal the first look at the BLOODSHOT #1 Googly-Eyes Variant, which features an eye-popping cover image by Declan Shalvey and an extra special Googly-Eyes treatment from Michaels, the premier source for art supplies, crafting, and framing!

“In today’s crazy topsy-turvy world, I think Bloodshot’s Googly-Eyes is a savvy metaphor for how Googly-Eyed we’re all viewing each other,” observed artist and part-time philosopher Declan Shalvey. “Bloodshot has his finger—and Googly-Eyes—on the pulse of modern culture.”

“They say the eyes are the windows to the soul,” artist Brett Booth said as he as gazed at the clear sky during a peaceful picnic. “With Bloodshot’s eyes being perpetually red, we miss out on his deeper emotions. With this Googly-Eyed Edition, I feel we can finally see the deeper feelings and emotions that truly drive this character.”

“If the ’90s were the Chromium Era of comics, then I think Valiant is ushering in the Googly-Eyes Age,” Tim Seeley passionately tweeted. “Modern readers want great stories, top-notch art, collectability, and the utter hilariousness of eyeballs that freely move around. Look at them! HA! SO SILLY!”

Getting this unique variant made wasn’t easy, though. “Why are we doing this? I thought I vetoed it,” shouted Valiant Publisher Fred Pierce from his office. “Because we want to,”  Director of Design & Production Travis Escarfullery muttered under his breath. 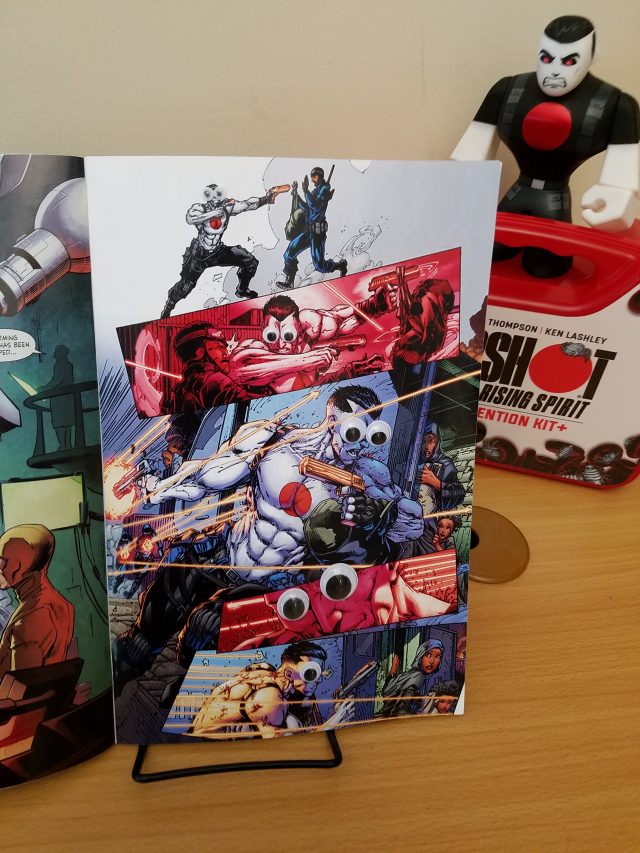 Tim Seeley and Brett Booth’s BLOODSHOT #1 goes on sale this September. (Don’t worry, we’ll have a legitimate variant for it!)

About Michaels
They didn’t sponsor this, we’re just big fans.

Valiant Entertainment, a subsidiary of DMG Entertainment, is a leading character-based entertainment company that owns and controls the third most extensive library of superheroes behind Marvel and DC. With more than 80 million issues sold and a library of over 2,000 characters, including X-O Manowar, Bloodshot, Harbinger, Shadowman, Archer & Armstrong, and many more, Valiant is one of the most successful publishers in the history of the comic book medium. Valiant consistently produces some of the most critically acclaimed comics in the industry and has received numerous industry awards and accolades, including a Diamond Gem Award for Comic Book Publisher of the Year. For more information, visit Valiant on Facebook, Twitter, Tumblr, Instagram, and ValiantEntertainment.com. For Valiant merchandise and more, visit ValiantStore.com.