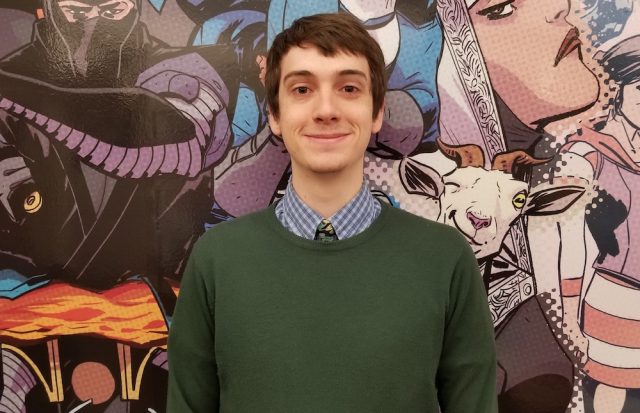 New York, NY (October 24, 2018) – Valiant Entertainment is proud to announce that it has hired Oliver Taylorto the position of International Licensing Coordinator. In his new role, Taylor will assist in cultivating relationships with agents, publishing partners, and licensees to expand Valiant’s reach in the global marketplace.

“Since he first arrived at Valiant, Oliver has made himself an indispensable part of the company’s day-to-day operations,” said President of Consumer Products, Promotions and Ad Sales Russell Brown. “I’m very excited to welcome him as a fully fledged member of our licensing team and can’t wait to see what he’ll accomplish here.”

This is Taylor’s first work in the comic industry, having joined the company as a sales intern in Spring 2018. He holds a degree in chemistry from New York University. He has previous experience working at local and academic libraries and hopes to bring his media and customer relations experience to the world of publishing comics.

“Comics have always played an integral role in my life, and my BLOODSHOT and X-O books are some of the most well-worn and well-loved books in my personal library,” said Taylor. “I am beyond excited to share with the world the stories and characters that only Valiant can create.”