BRITANNIA: LOST EAGLES OF ROME #4 (of 4)
Written by PETER MILLIGAN
Art by ROBERT GILL
Cover A by DAVID MACK
Cover B by ROBERT GILL
Variant Cover by RAFA GARRES

At last, the mystery of the lost eagles revealed!

Deep within the heart of Egypt, there is unrest…and Antonius and Achillia have stumbled right into the middle of it! On the hunt for the Roman Empire’s missing banners at the behest of Emperor Nero, history’s first detective and his fearsome gladiatrix companion find themselves on the brink of many revelations: Who is responsible for the plagues threatening their Roman brethren? And who is this new revolutionary calling himself Pharaoh?

FAITH: DREAMSIDE #2 (of 4)
Written by JODY HOUSER
Art by MJ KIM
Cover A by MARGUERITE SAUVAGE
Cover B by SIBYLLINE MEYNET

Something strange in your neighborhood? Renowned ghost whisperer Shan Fong Mirage knows how to fix it. But it’s going to take more than stories of supernatural-tinged nightmares to convince her that the young psiot Animalia truly needs her spiritual guidance… Now it’s up to Faith, L.A.’s highest-flying hero and Doctor Mirage’s number one fangirl, to get the world’s leading parapsychologist to take the case!

Situation Normal All Klanged Up!

Quantum and Woody are having a pretty terrible day so far – their atoms were dissolved in the middle of a nationwide disaster; they faced down their personal demons in “The Otherverse;” and now they’re responsible for bringing a malicious entity back with them! These guys can’t even finish a jigsaw puzzle without losing a whole bunch of pieces – how are they gonna put all of reality back together?

Rising star Eliot Rahal (The Paybacks) and Eisner-nominated artist Joe Eisma (Morning Glories) give the world’s worst superhero team some much-needed closure as SEPARATION ANXIETY draws the two brothers closer than ever before! 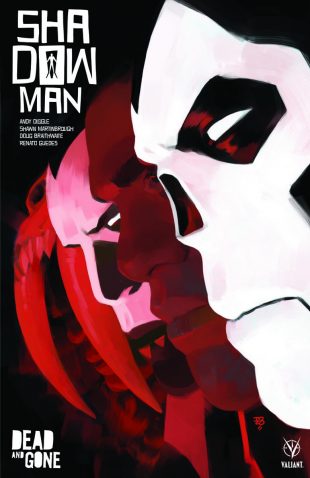 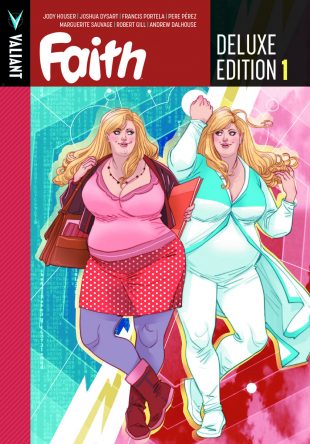 Orphaned at a young age, Faith Herbert – a psionically gifted “psiot” discovered by the Harbinger Foundation – has always aspired to greatness. But now this once-ordinary teenager is taking control of her destiny and becoming the hard-hitting hero she’s always known she can be – complete with a mild-mannered secret identity, unsuspecting colleagues, and a day job as a reporter that routinely throws her into harm’s way! She’ll tackle every obstacle in her path with confidence – robots, aliens, monsters…and even her very first super-villain arch-nemesis bent on snuffing her out once and for all!