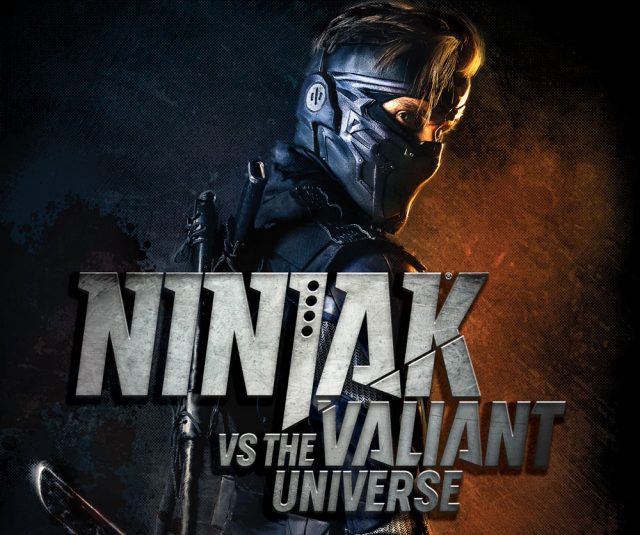 As first announced at the 2018 Chicago Comic and Entertainment Expo (C2E2), NINJAK VS. THE VALIANT UNIVERSE will begin streaming on Comicbook.com on April 21st, starting with the first of six episodes! Each subsequent episode will debut one per day thereafter, culminating in the finale on April 26th. The bone-shattering series will pit MI6’s master assassin, Ninjak, against a gauntlet of Valiant’s most formidable heroes for a bloodstained battle royale torn from the pages of the largest independent superhero universe in comics!

Colin King is Ninjak, MI6’s deadliest intelligence operative and weapons expert. When the ruthless assassin Roku exploits his greatest weakness, Ninjak will be forced to betray his closest allies. Now, on the run, he must face off against the most powerful heroes known to man for a high-octane, take-no-prisoners trial by fire more perilous and more unpredictable than any he’s faced before. On April 21st, the world’s most dangerous super-spy goes to war with the Valiant Universe…

PLUS: Jump headlong into the fight-fueled showdown of the century as acclaimed writer Eliot Rahal (The Paybacks) and red-hot artist Joe Bennett (Teen Titans, Deathstroke) reveal the full scope and adrenaline-drenched intensity of the NINJAK VS. THE VALIANT UNIVERSE comic book series! The first three issues are available now wherever comic books are sold, and the final issue debuts April 18th, just days before the digital series drops on your device!

THEN: Also on April 18th, Overworld Games debuts NINJAK VS. THE VALIANT UNIVERSE – THE VALIANT CARD GAME, an interactive adventure in which players take the roles of their favorite Valiant heroes to team up to stop Ninjak, who has stolen a book of enormous power and disappeared. Players must build up their power to survive the surprises and traps Ninjak throws at the team…while also attempting to fulfill their own private agenda. The game will be available at hobby and game shops, comic book stores, and at Overworldgames.com. 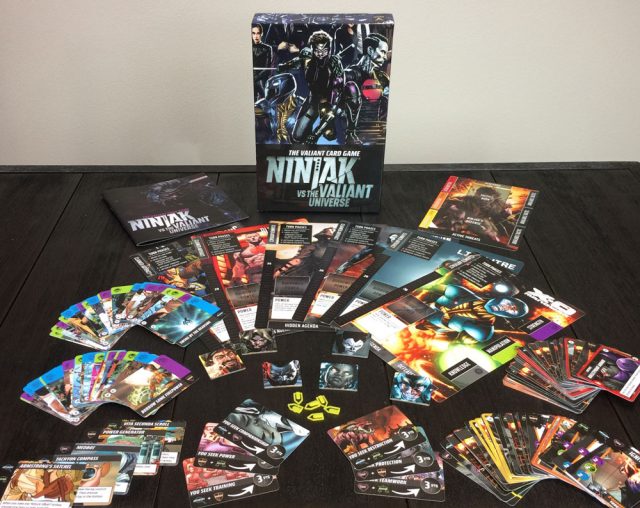 Get ready for the much-anticipated, first-of-its-kind, live-action digital series NINJAK VS. THE VALIANT UNIVERSE, coming from Bat in the Sun Productions and streaming on Comicbook.com, starting April 21st!