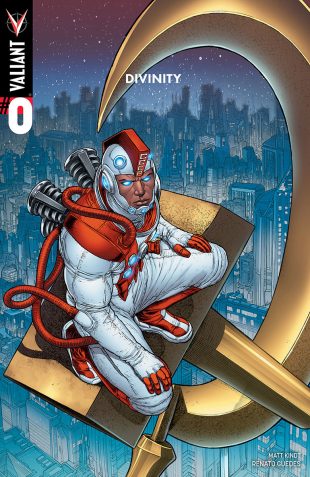 AN EPIC JUMPING-ON POINT LEADING DIVINITY THROUGH THE WHOLE OF THE VALIANT UNIVERSE!

DIVINITY, a lost Russian cosmonaut newly returned to Earth with god-like powers, has successfully restored the world to order after the reality-altering event known as the Stalinverse. But how can a man – even one with near-divine abilities – know for certain that the planet has been truly restored in full? To make sure, Divinity must bear witness to the world as it now stands – heroes, villains, gods, and all – to ensure the rightful order of the Valiant Universe!

From BLOODSHOT to FAITH to NINJAK and dozens of surprise guest stars, traverse the world of Valiant’s most enduring icons as DIVINITY guides a standalone entry point into the most acclaimed publishing line in comics today! 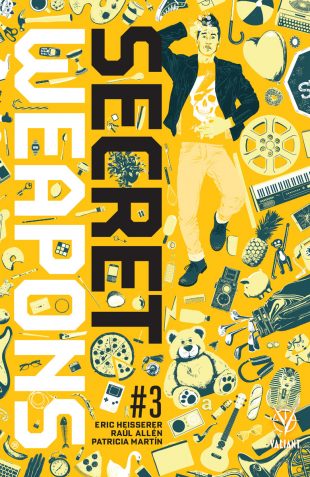 Class is in session, and Amanda McKee – the machine-wielding hero codenamed Livewire – is here to show her unconventional class of recruits what it really takes to master power. And lesson number-one is…teamwork! But as these once-abandoned psiot castaways put their pain behind them to become a fully functioning unit, an even deadlier set of challenges will soon rise to meet them…

Academy Award-nominated writer Eric Heisserer (ARRIVAL) and Harvey Award-nominated artists Raúl Allén (WRATH OF THE ETERNAL WARRIOR) and Patricia Martin (NINJAK) take the summer’s most talked-about new series to the next level – and bring the Secret Weapons into the light of day as Valiant’s smash-hit new series faces its penultimate test!