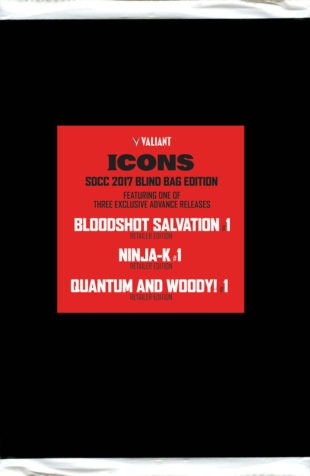 Out of the record-setting success of X-O MANOWAR (2017) #1 – the year’s highest selling new series launch from any independent publisher – and the near-universal critical acclaim surrounding the recent release of SECRET WEAPONS #1 (of 4), Valiant will be sharing advance looks at the three must-read series anchoring the publisher’s “ICONS” initiative with the exclusive VALIANT ICONS SDCC 2017 BLIND BAG EDITIONS. Each of the three VALIANT ICONS SDCC 2017 BLIND BAG EDITIONS will come sealed in an opaque polybag – in order to preserve several distinctive, surprise elements inside the comics themselves that will not be made available in the final print editions for sale to the general public – and will be available only to attendees of the Diamond Retailer Appreciation Lunch: 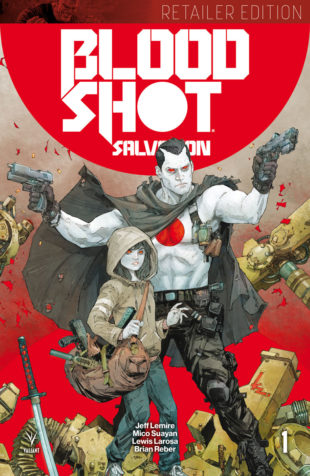 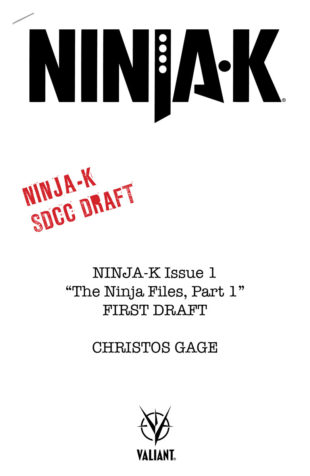 Go inside the classified history of MI-6’s “Ninja Programme” with this one-of-a-kind look into writer Christos Gage’s (Netflix’s Daredevil) action-fueled first issue with heatseeking artist Tomas Giorello (X-O MANOWAR), set to clock in at a colossal 40 pages when it hits stands in November 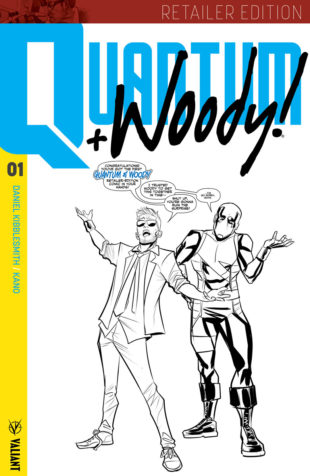 Don’t worry – it’s not really blank! (Well, kind of…) Before the world’s worst superheroes explode back into stores in December, get a “look” at the superpower mayhem that rising star Daniel Kibblesmith (The Late Show with Stephen Colbert) and eye-popping artist Kano (Daredevil) are cooking up right here – plus a special surprise guest appearance by Eisner Award-nominated artist Joe Eisma (Archie)!

Retailers who are unable to attend the Diamond Retailer Appreciation Lunch and are hoping to obtain these items can contact Valiant directly at retailers@valiantentertainment.com .for assistance. Fans seeking these exclusive collectibles are encouraged to have their retailer contact Valiant for additional stock as well.

Plus: Don’t miss the rest of Valiant’s major “ICONS” launches throughout 2017 with an all-new wave of ongoing series, prestige-format projects and standalone events spanning the Valiant Universe’s greatest heroes and top talents! “ICONS” will continue throughout the fall and winter with one major new series launch each month, featuring the publisher’s most enduring heroes:

ETERNITY #1 (of 4)
Written by Matt Kindt; Art by Trevor Hairsine

QUANTUM AND WOODY! (2017) #1
Written by Daniel Kibblesmith; Art by Kano

For more information on any of these items, contact a member of the Valiant Entertainment sales team at retailers@valiantentertainment.com. We’ll see you in San Diego!