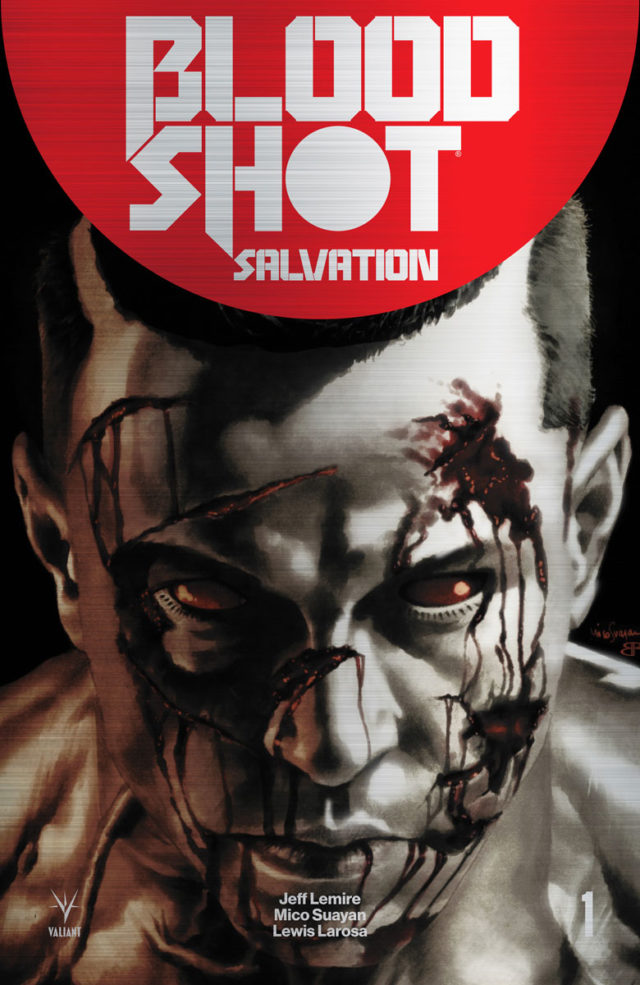 “Our first metal cover – produced for the launch of X-O MANOWAR (2017) #1 earlier this year – was not only a runaway success, but a true labor of love. It took more than a year of research and testing to source the correct materials and perfect the printing process in order to produce the first, true metal cover in the history of comics,” said Valiant CEO & Chief Creative Officer Dinesh Shamdasani. “It’s a highly specialized process that generated such a tremendous response that we’ve decided to revisit it for our most important new series of the fall. But we have not been resting on our laurels. Together with our printing partners, we’ve been able to further refine the process and reduce the cost – a savings that we are passing on to fans and retailers with a lower threshold needed to obtain the BLOODSHOT SALVATION #1 Brushed Metal Variant. We’re very happy to announce that we’ll be offering the cover at half the ratio of the first.”

Fans and retailers, take note: The only way to obtain the BLOODSHOT SALVATION #1-12 PRE-ORDER EDITION BUNDLE is to reserve this limited item with your local comic shop by the initial order date (IOD) of July 27, 2017! No more copies will be made available beyond that date and subsequent issues – including the BLOODSHOT SALVATION #1 RAMPAGE REDUX bonus issue – will not be offered in later solicitations!