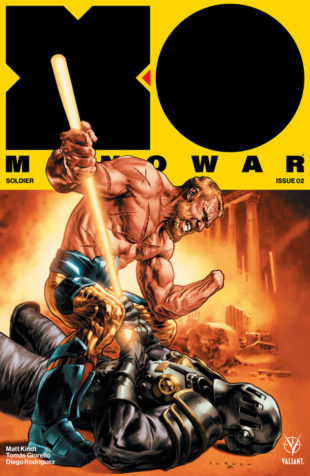 They asked for war. He’ll give them death.

Can Aric still embrace the violence within? Get ready, because the most brutal fight in X-O Manowar’s life is about to begin!