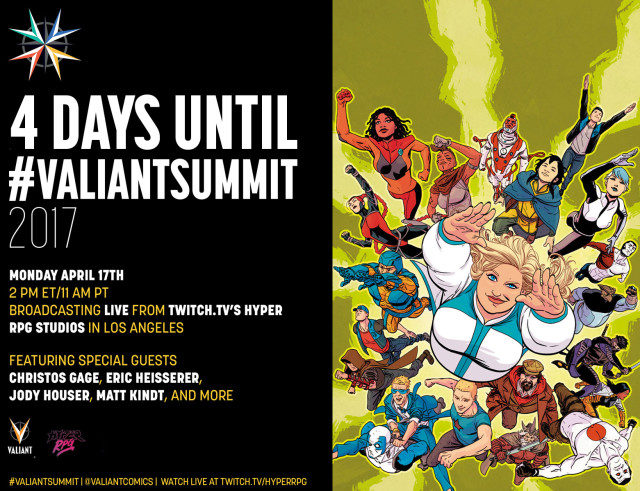 Follow all of #ValiantSummit 2017′s news and announcements as they happen with a livestream on Twitch TV’s Hyper RPG channel, Facebook Live or Twitter. Join the conversation on Twitter at the official @ValiantComics s account or follow along with coverage live from #ValiantSummit 2017 from the leading press outlets in comics today!