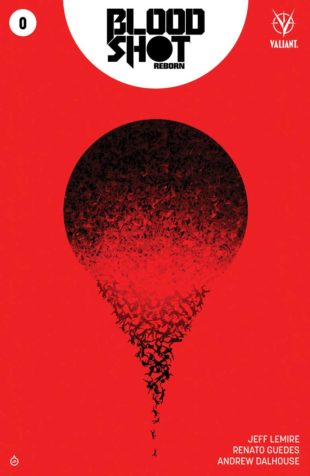 As BLOODSHOT REBORN draws to a close with a sold-out zero-issue spectacular, the path toward September’s BLOODSHOT SALVATION begins!

Valiant is proud to announce that BLOODSHOT REBORN #0 – the milestone turning point for one of Valiant’s biggest icons – has sold out at the distributor level and will return to store shelves everywhere with the BLOODSHOT REBORN #0 SECOND PRINTING on May 3rd! Join New York Times best-selling writer Jeff Lemire (Bloodshot U.S.A., Moon Knight) and explosive artist Renato Guedes (Wolverine) here as they present a crucial standalone tale that closes the book on BLOODSHOT REBORN…and sets the stage for BLOODSHOT SALVATION – an ALL-NEW ONGOING SERIES beginning in September that will forever recast the destiny of Ray Garrison and the man once known as Bloodshot!

FIRST: RAY GARRISON! THE BLOODSHOT SQUAD! DEATHMATE! PROJECT RISING SPIRIT! AND INTRODUCING…THE SCARRED MAN! In the searing aftermath of BLOODSHOT U.S.A., perhaps the most important tale in Jeff Lemire’s continuing Bloodshot epic can finally be told right here with a standalone coda bringing the biggest trial of Bloodshot’s violent life to a close…and unleashing a shocking new revelation that will upset the balance of power in the Valiant Universe for all time. The next chapter of Bloodshot starts here!

THEN: A bloody and vengeful new era for Bloodshot begins this September in BLOODSHOT SALVATION #1 – the FIRST ISSUE of A BLOCKBUSTER NEW ONGOING SERIES from New York Times best-selling writer Jeff Lemire (Bloodshot Reborn, Moon Knight) and extraordinary artists Lewis LaRosa (Bloodshot Reborn) & Mico Suayan (Bloodshot Reborn)! Ray Garrison has escaped his violent past to build the one thing he never thought he’d earn: a family. But when a hateful secret from his true love’s past threatens their fragile peace, Bloodshot will be forced to run headlong into a barrage of blood, bullets, and broken bones for a revenge-fueled assault that will have crushing consequences for those he holds most dear…

Set in two timelines – the present day (with art by LaRosa) and the future (with art by Suayan) – Jeff Lemire’s epic saga begins anew in BLOODSHOT SALVATION #1! Look for more information to be revealed on Monday, April 17th at the third annual #ValiantSummit – broadcasting live from Twitch TV’s Hyper RPG studios in Los Angeles, CA.

As one of the decade’s most critically lauded series prepares to meet its fate head on, see why critics and readers everywhere are praising BLOODSHOT REBORN #0 all the way to the searing end!

“✮✮✮✮✮… Lemire’s affection towards these characters is evident… BLOODSHOT REBORN #0 is an excellent taste of what is to come.” – ComicsVerse

“ ✮✮✮✮✮… Lemire’s run with [BLOODSHOT REBORN] has been nothing if not amazing… The perfect ending.” – Comics The Gathering

“✮✮✮✮½… Valiant proves once again that it can do no wrong with Bloodshot Reborn #0… This one doesn’t disappoint.” – Outright Geekery

“✮✮✮✮½… Lemire does another superb job here… A great issue to wrap up the past and look towards a bright future.” – Pastrami Nation

Don’t miss your chance to glimpse the startling new future that awaits Valiant’s deadliest man of action on May 3rd as Jeff Lemire and Renato Guedes bring one of the most revelatory tales of the year back to shelves everywhere, only in the BLOODSHOT REBORN #0 SECOND PRINTING!

Plus: Just three days after the BLOODSHOT REBORN #0 SECOND PRINTING hits shelves, look for more secrets of BLOODSHOT SALVATION on Free Comic Book Day 2017 in the VALIANT: X-O MANOWAR FCBD SPECIAL! On Saturday, May 6th, join Jeff Lemire and blockbuster artist Juan Jose Ryp (Britannia) as they present an exclusive BLOODSHOT SALVATION prelude that can’t be found anywhere else – and reveal the FIRST APPEARANCE of A MAJOR NEW CHARACTER with long-lasting ramifications for Bloodshot and the Valiant Universe! 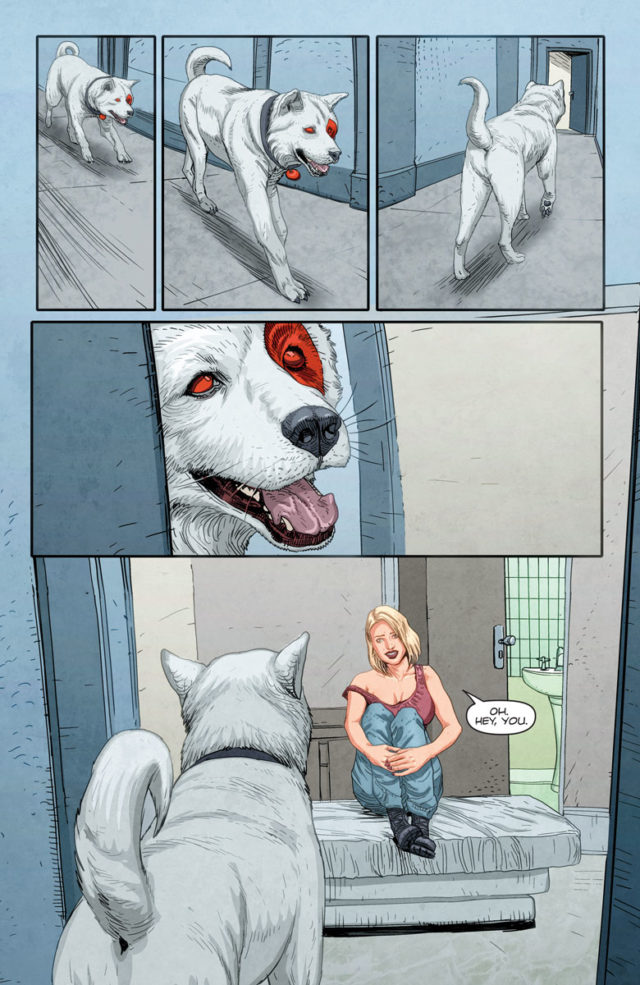 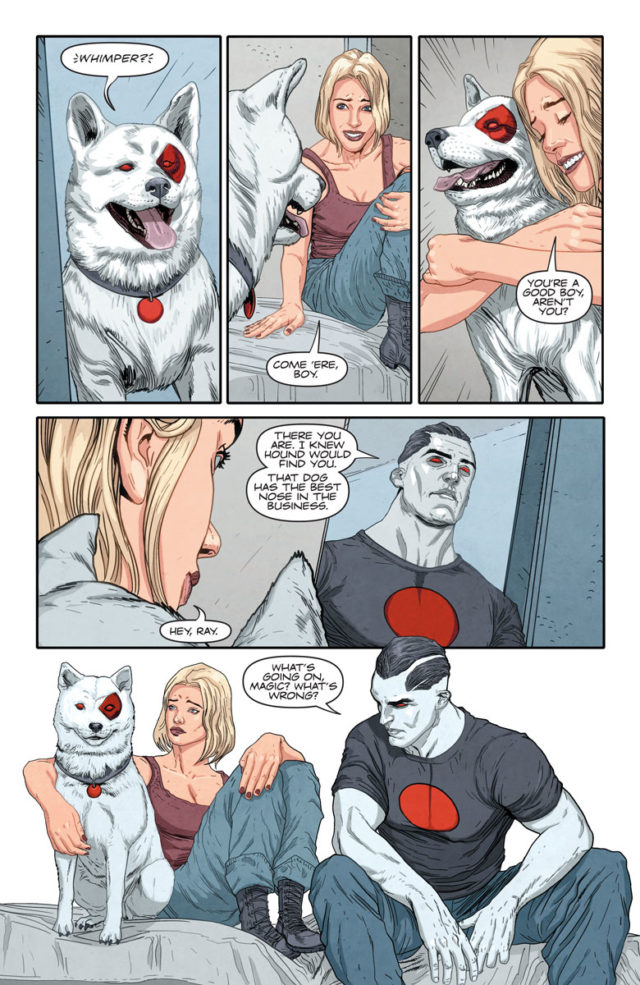 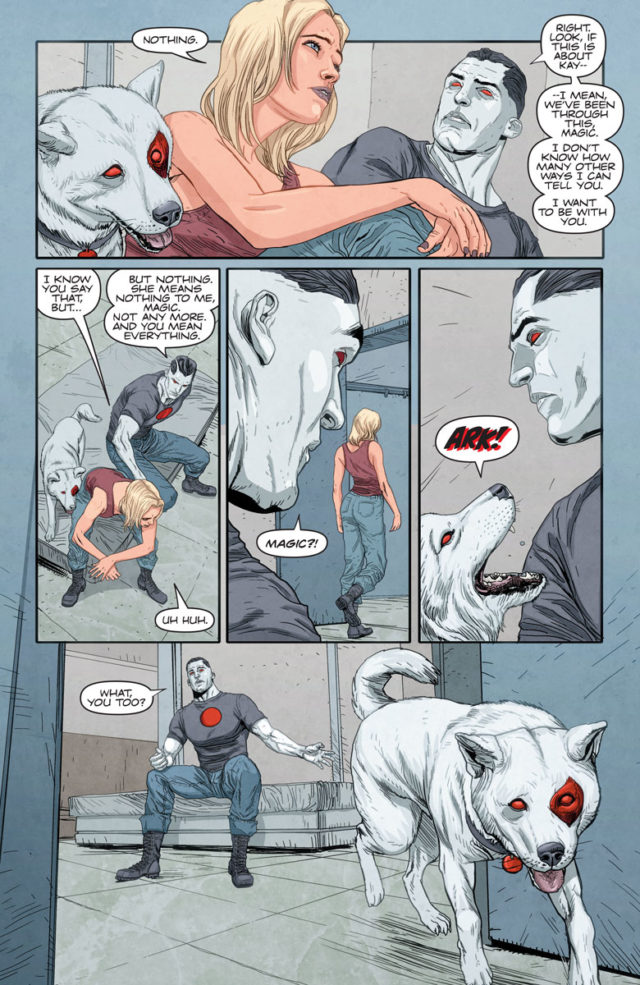 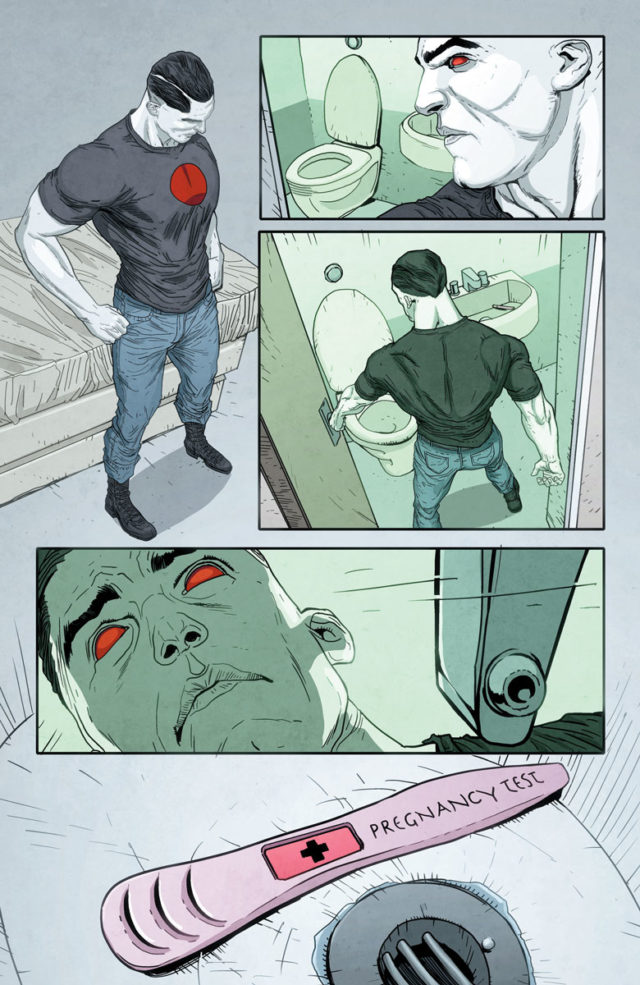 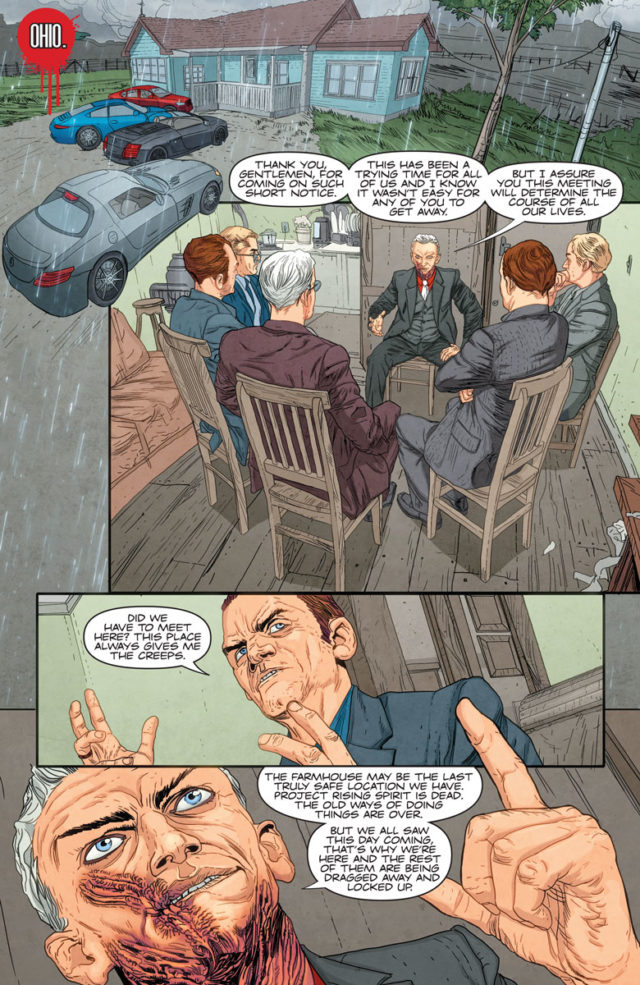 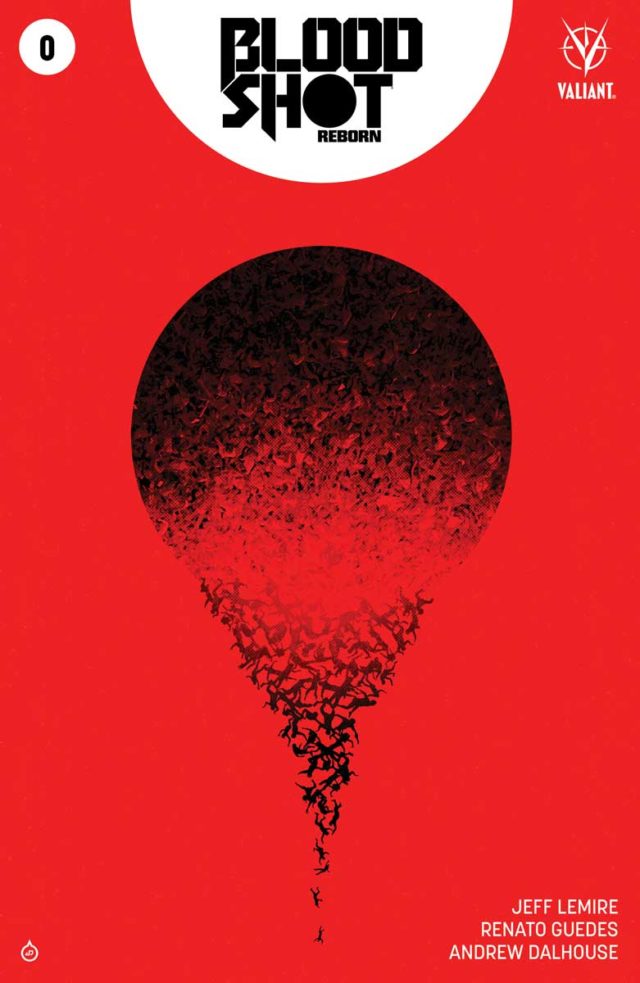