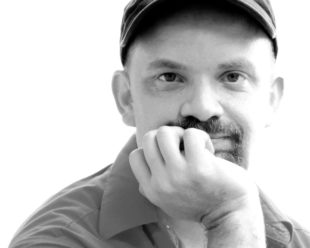 Valiant Entertainment is proud to announce the appointment of Eisner Award-winning former comics retailer Atom! Freeman to the position of Sales Manager. As his first order of business, Freeman is contacting every comic retailer in North America to open an ongoing, direct line of communication between Valiant and the retail community in advance of the publisher’s 2012 relaunch. Valiant’s first release, X-O Manowar #1, arrives on shelves on May 2nd from the creative team of New York Times best-selling author Robert Venditti and Eisner Award-winning artist Cary Nord.

“As a veteran of the comics shop trade, I can say that Valiant Entertainment is making an unparalleled effort to include the voice of the retailers in its decision making,” said Freeman. “Some of my favorite people are to be found among the group of passionate, fiercely independent, incredibly hardworking innovators that is the retail community. To be tasked with speaking to each of them directly is not only a worthy goal, but proof that Valiant remembers that small business owners are the backbone of the comics industry.”

Valiant’s campaign to contact the nearly 2,500 stores in operation across the United States and Canada today is one never before attempted by a major comics publisher. In addition to collecting comments from retailers, Freeman will also act as Valiant’s direct contact for comics retailers around the world, spearhead sales efforts and ensure maximum visibility for Valiant’s return on the retail level.

“With Valiant returning to monthly comics this summer, Atom!’s enthusiasm and knowledge of comics retail has been invaluable,” said Valiant Entertainment founders Jason Kothari, CEO, and Dinesh Shamdasani, Chief Creative Officer. “Our primary focus is on the direct market and its network of independent retailers. In dealing with the changing landscape of the comics market, having someone with Atom!’s background and experience will make Valiant’s return that much greater.”

Freeman managed and co-owned Brave New World Comics in Santa Clarita, California for a decade. In 2008, the store received the Will Eisner Spirit of Comics Retailer Award, making Freeman one of only 27 store owners to ever receive the highest award in comics retail. Over the years, he has also managed the sales and marketing departments of several companies both in and out of the comics industry.

“I know firsthand the amount of effort that goes into keeping a comic shop open and accessible in this day and age. And I also know that many retailers – some with more than 20 years experience – have never received a phone call from a publisher,” said Freeman. “Fortunately, that’s about to change.”

Valiant’s retailer outreach campaign is just the first of several retailer-specific programs that the publisher will debut over the course of 2012. In the interim, shop owners and retail staff around the world are encouraged to register for Valiant’s new online retailer portal at http://ValiantUniverse.com. Retailers with suggestions, questions or comments can also contact Freeman directly at atomf@valiantentertainment.com or at (530) 830-2866.