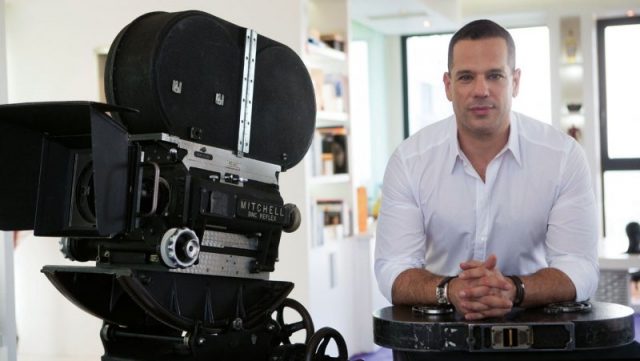 Mintz brings decades of tremendous filmmaking experience, accompanied with a vision to expand Valiant’s rich interconnected universe across a wide spectrum of mediums including film, television and experiential gaming. The resources brought by Dan Mintz and DMG Entertainment promises to introduce creative new experiences to Valiant fans new and old; bringing to life the unique, intricate narratives of the Valiant Comic character universe.

No stranger to the comic book world, Minz played a key role in the production of Marvel’s blockbuster movie Iron Man 3, which grossed over $1.2 billion at the box office. He also produced the critically-acclaimed sci-fi hit Looper in 2012.

Under the leadership of Dan Mintz, DMG Entertainment signaled its intent for launching the new Valiant cinematic universe by signing a five-picture deal with Sony Pictures. The first of these movies, Bloodshot starring Vin Diesel, was released in March 2020 and will be followed by movies for other Valiant fan favorites Harbinger, Faith and Shadowman.

Dan Mintz on why DMG Entertainment is the right fit for Valiant:

“I believe that as a creator, you’re at your best when you’re working with material you’re passionate about, and that feels authentic to you. The kind of material that allows you to dig deep into the core of a character or the human condition. The richness and maturity of the Valiant comic book universe is therefore a perfect fit for me.

Comic books, to me, are the anchor of pop culture. The enormous diversity of Valiant characters makes them particularly relevant to our time, and they bring with them an amazing worldview that you just don’t see in the older comic universes. Having worked on these films before, I think I have a sense of how to approach the process.

Dan Mintz on the attraction of the Valiant universe:

“Valiant has always been a bit edgier with a global worldview. These are big, epic adventures that span thousands of years, and they’re centered around characters with three-dimensional problems. They’re stories that have attracted hardcore fans for over 30 years.

So the problems of the characters I think are much more relevant. A little more human than superhuman even, on some level, the challenges that they have and the way that they make decisions is really fascinating to me. I think that’s a big part of what makes Valiant so unusual and exciting to explore.”

Dan Mintz on how DMG Entertainment’s ownership of Valiant will differ from Disney and Marvel:

“Honestly, we are the wrecking crew for this space. It’s no disrespect to anybody else. They’re great and they’re going to continue to be great, nothing we do will ever change that about them. But there is a lot to explore in this – comic books are not a single, one-note, one-trick pony.

Essentially, Disney is the IBM of the entertainment industry…it’s just really big and very difficult to be. They can’t stand on anti-establishment. They’re not raising the pirate flags, so to speak. At our size, we have agility and freedom to really push the boundaries and explore the enormous depth and diversity of the Valiant universe without the kinds of constraints that come with being so big, with so many stakeholders.”

Dan Mintz on what he learned from working on Iron Man 3:

“After finishing Iron Man 3, I realized, ‘Well I don’t own Iron Man, I don’t own Marvel and I certainly don’t own DC, and to be able to build a platform, build on something, there’s only one universe left.’ That’s it, there’s only three of these, and as you know Valiant is just the tip of the iceberg. There’s so much there to really develop and it’s an amazing platform.”

“I think that the Immortal Brothers anchor the universe because they’re 10,000-year-old characters that have seen everything, and of the three immortals, the Eternal Warrior has traveled through all of the stories in and out. If I had to choose one character, it would be the Eternal Warrior.”

“TV is a big push for us, connecting both vertically and horizontally across TV, across film, and through those two. Which I think we’re in a very unique position to do just because of our size, the nimbleness of what we’re doing. We’re not conflicted with a lot of different ownership and I think that that’ll help speed that process up quite a bit.”