A NEW ERA HAS BEGUN AT VALIANT ENTERTAINMENT

July 20th, 2021 – Big changes are happening at Valiant Entertainment. The future of the award-winning publisher’s slate of comics will fully embrace the potential that its shared universe of compelling characters has to offer, and Rob Levin has joined the team as Executive Editor to help move this vision forward.

While 2021’s hit titles SHADOWMAN, NINJAK, and the upcoming series THE HARBINGER (on sale 10/27) will publish new arcs in 2022, the upcoming year will also see a concentrated focus on reminding comic fans about what sets the Valiant Universe apart from other shared universes. “There’s so much to explore within the Valiant Universe, from the wealth of characters to the many genres it spans, and my goal is to emphasize the ‘shared’ in shared universe,” stated Rob. “Whether you’re reading one title or everything we release, we’re going to make sure each book stands on its own and has a voice and a point of view, and it’s also going to play a part in the larger tapestry that is the Valiant Universe.” 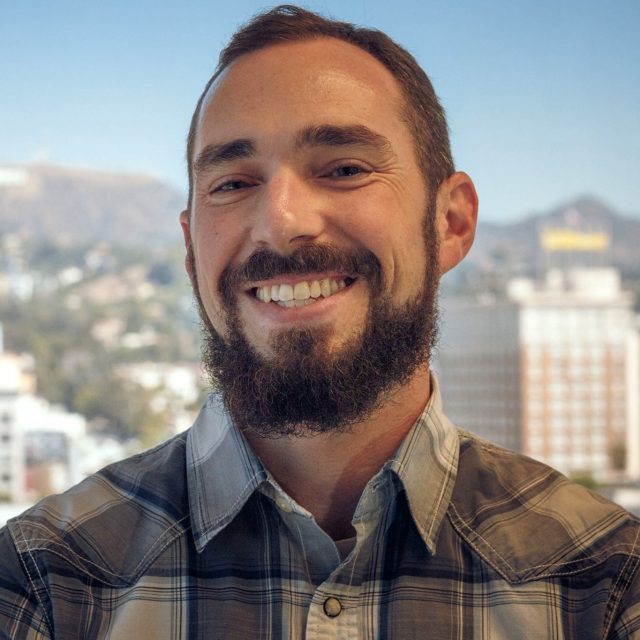 Valiant’s comics in 2022 will see epic new stories from fan-favorite and critically-acclaimed creators, all working together to move the universe forward with stories that make an impact and have lasting repercussions. Next year will see the release of a thrilling event that brings Valiant’s iconic characters together and will pave the way for new launches and the creation of a whole new team. “While I can’t reveal any specifics just yet, readers will start seeing more of those connections over the coming months, all building to a crescendo in a book that will pay dividends for longtime fans and also deliver an amazing entry point into the Valiant Universe. The excitement internally feels a lot like the original Summer of Valiant did back in 2012 as a reader, and I truly cannot wait to get our upcoming stories into the hands of readers.”

With David Wohl heading on a new path, he knew Rob was the perfect person to continue crafting a cohesive vision for Valiant’s future. “I’ve known Rob for well over a decade, and during that time I’ve had the great fortune to be able to work with him on many diverse projects. That’s why, when my personal situation changed and I needed to move on, I immediately reached out to Rob to see if he’d consider joining the team,” remarked David. “I’ve always found Rob to be an extremely thoughtful, creative and dynamic individual— and that’s why he’s perfectly suited to be part of Valiant’s great team. For Rob and Valiant, the next year (and beyond) is full of so much promise and potential as they build something fresh, exciting, and accessible for the Valiant Universe, that I, for one, look forward to seeing, and enjoying, everything they come up with. It’s going to be a fun and exciting ride!”
“David has been a colleague and a friend since the earliest days of my career, and when he reached out to me about potentially joining Valiant, I saw it as both a fantastic opportunity and fortuitous timing,” said Rob. “Publishing comics in 2020 was extremely difficult for numerous reasons, and Valiant took that opportunity to really evaluate the line and the overall creative direction at the start of the year. We have a fantastic team in place and a shared goal: deliver stories that will engage and enthrall everyone from our diehard fans to first-time readers.”
Senior Editor Lysa Hawkins cannot wait for fans to see exactly what the Valiant Universe has in store for them next year. “There is so much to look forward to for the Valiant Universe in 2022! World altering events that shoot off into new stories, endless possibilities, and the return of many beloved and missed faces. 2022 is the year that Valiant will be forever changed.”
Look for Valiant comics at a comic shop near you. Stay tuned for more information about the road ahead and, as always, stay Valiant.

Rob Levin is an editor and writer who has been working in comic books, publishing, and entertainment since 2004. Most recently, he was Executive Editor at Humanoids, where he edited titles including Space Bastards, Count, and more, overseeing the company’s slate of original U.S. titles. He began his career at Top Cow Productions where he became VP Editorial and pioneered the innovative Pilot Season publishing initiative, and was an Associate Editor at DC Comics on titles including Batman, Justice League, and Injustice 2. As the Founder & CEO of Comic Book Consulting, he has edited and packaged projects for clients including Image Comics (Nailbiter, Mind the Gap), Archaia (Tumor, Days Missing), Radical Entertainment, Dell, WME, and more. As a writer, he has worked for DC Comics, Top Cow, Radical, and others.