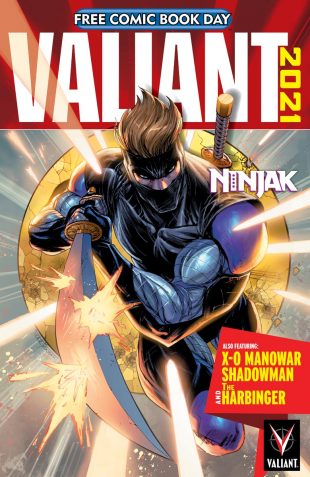 Before the VALIANT 2021 FCBD SPECIAL arrives on August 14th in comic shops, NINJAK #1 will go on sale July 14th. The last day for fans to pre-order the debut issue is this Monday, June 21st.