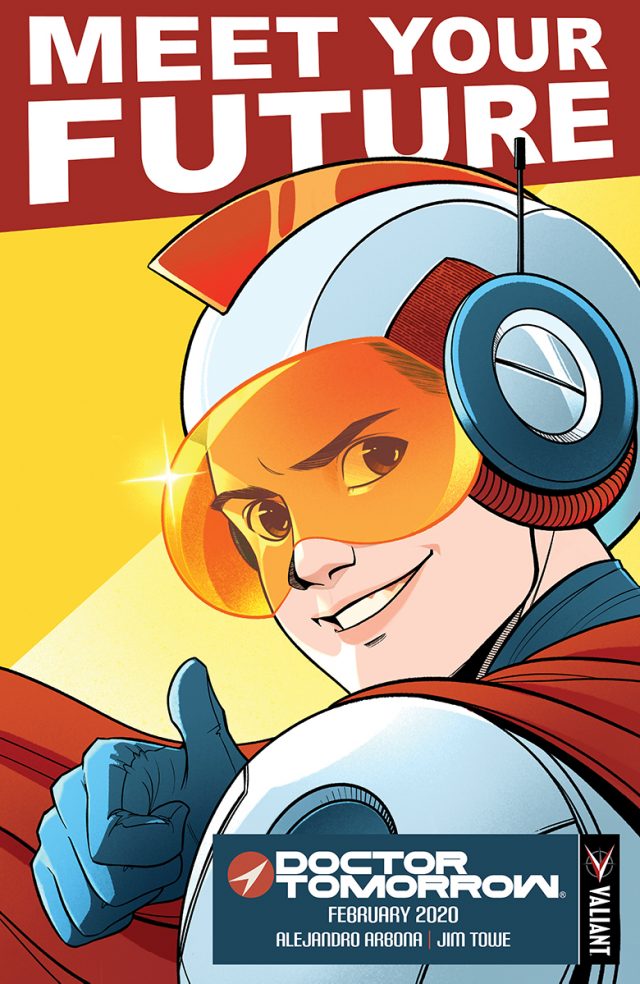 “There are things about this comic that I think will really resonate with readers and that I think people will be really excited about, but I can’t talk about what those things are, because they’re giant spoilers,” teased Alejandro. “This comic is just really full of surprises and zig-zags, and if we’ve done our job well, every issue will throw you for a loop.”

Jim aimed to strike the perfect balance for the new character designs. “Aesthetically, I wanted to capture a combination of sci-fi elements with golden age flare.” The artist added, “Each character lands somewhere on that spectrum, and very deliberately, too.”

Senior Editorial Director ROBERT MEYERS is excited for fans to delve into this heroic tale. “We are truly striving for a fun, upbeat book and Alejandro and Jim really nailed it. There’s a bunch of fun easter eggs for the long time Valiant fans as well. Keep your eyes peeled!”