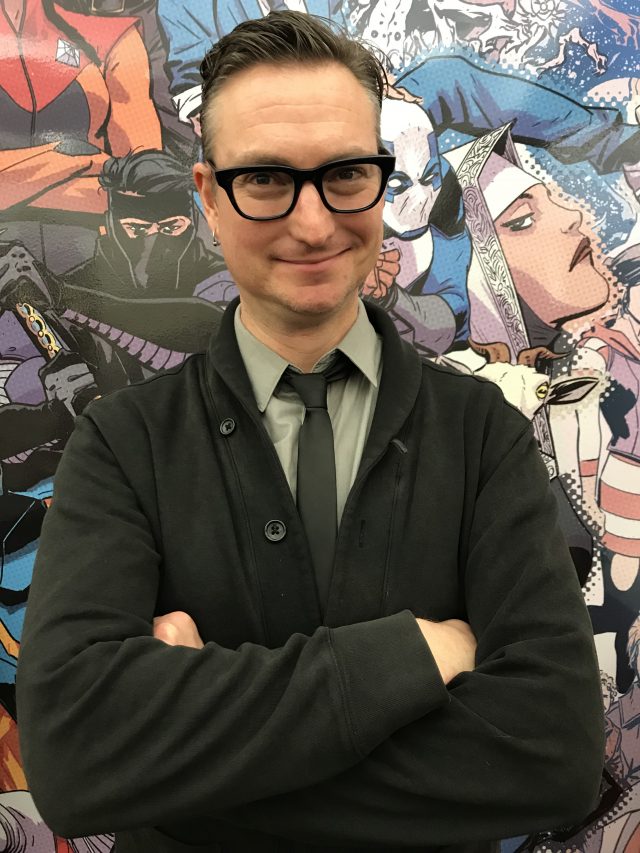 New York, NY (December 11, 2018) – Valiant Entertainment is excited to announce that Editorial Director Robert Meyers has been promoted to Senior Editorial Director. In his new role, Meyers will help guide the vision of the Valiant Universe and the rich cast of characters.

“Robert’s been a tremendous leader with Valiant for years,” said Publisher Fred Pierce. “He began as an intern several years ago and knows the Valiant Universe inside and out. His focus on character and story above everything else makes him the perfect person to further elevate Valiant’s characters.”

Meyers joined Valiant Entertainment as an intern back in 2013. Throughout the years, Meyers fully immersed himself in the Valiant Universe, wearing multiple hats and always pushing the brand and its characters forward. He was named Managing Editor in 2016 and became Editorial Director earlier this year. He is not only an essential member of Valiant Entertainment but also one of the Valiant Universe’s biggest fans.

“I look forward to continuing to guide the Valiant Universe as we move toward 2019 and beyond,” said Meyers. “Valiant has an incredible universe of characters, incredible creators, and one of the best teams I’ve ever been a part of. The next two years are going to see us grow in new ways, while always keeping the focus on incredible storytelling. I’m honored to lead the extraordinary Editorial team at Valiant.”