Critically acclaimed writing duo Lonnie Nadler and Zac Thompson (Cable) team up with distinguished artist Ken Lashley (Black Panther) to open a door once closed and reveal answers to questions that Bloodshot himself would never think to ask! 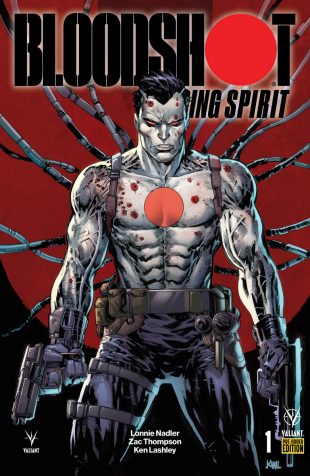 The BLOODSHOT RISING SPIRIT #1-8 PRE-ORDER EDITION BUNDLE – eight massively expanded editions of Valiant’s pulse-pounding ongoing series – can only be ordered as a set and must be ordered with your local comic shop by the final order cut-off date of October 22nd, 2018!

Released monthly from November 2018 through June 2019, each PRE-ORDER EDITION comes packed with trade paperback-style extras and bonus content, including creator commentary, behind-the-scenes looks at the creation of the comics, process character

designs and artwork, and first looks at upcoming issues – plus exclusive covers by renowned artist Ken Lashley (Black Panther) that can’t be found anywhere else!

The only way to obtain these exclusive items is to pre-order all eight issues with your local comic shop by the final order cut-off date of October 22nd, 2018! No more copies will be made available beyond that date and subsequent issues will not be offered in later solicitations! 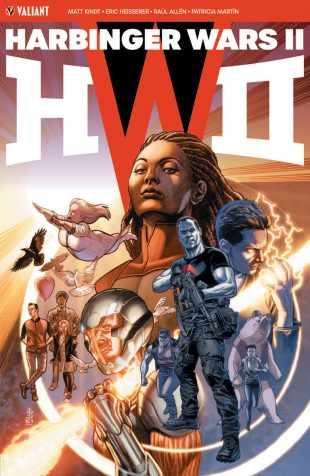