In the shock-inducing aftermath of the “FEAR OF THE DARK” story arc, master storyteller Andy Diggle (Green Arrow: Year One) leads a rotating cast of superstar artists – including Shawn Martinbrough (Thief of Thieves), Doug Braithwaite (Justice), and Renato Guedes (Wolverine) – to reveal the full scope and power of the Shadowman mythos…and how three of its forgotten champions stoked its earliest embers…with a legend-fueled odyssey into eons past as “DEAD AND GONE” tells all! 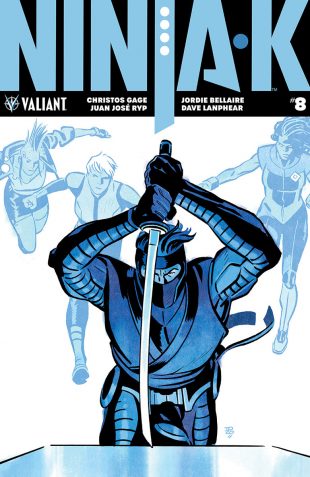