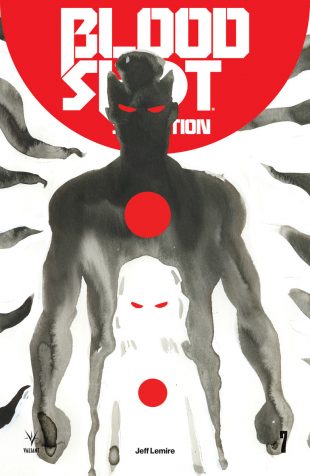 On March 7th, as Bloodshot journeys farther into the uncanny dimension known as the Deadside for “THE BOOK OF THE DEAD,” everything goes black as one of the most inventive minds in comics today tests the boundaries of the medium with a gripping standalone tale of perseverance and pain at the edge of human understanding…

“It’s the emotional journey of Ray over this issue that I connect with, not the physical one,” writer Jeff Lemire told Paste. “That feeling of trying to protect your child from a world that seems out of control. That’s something I can relate to as a parent, especially in the crazy world we are living in right now.”