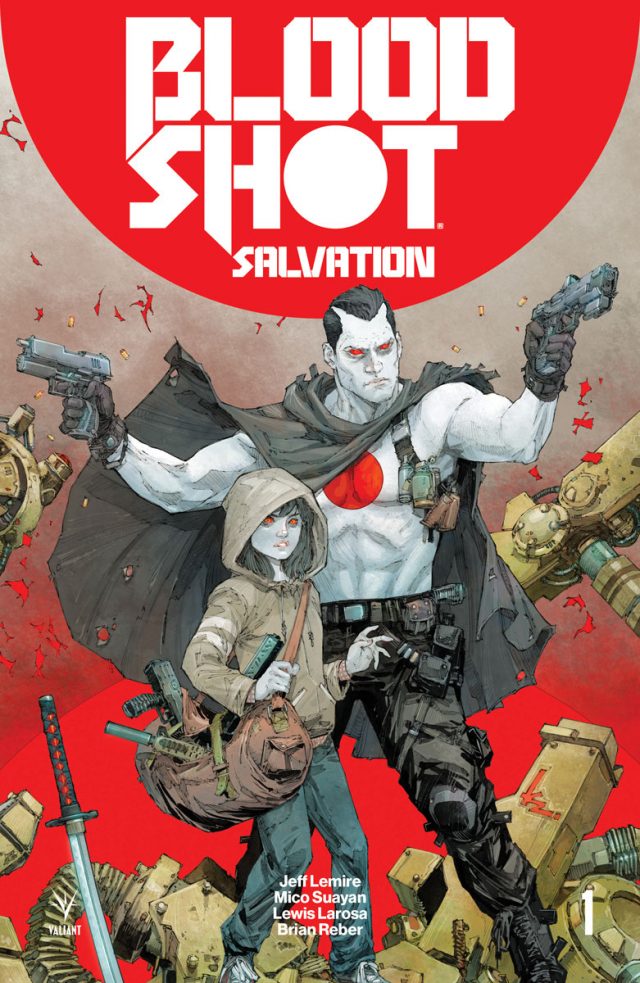 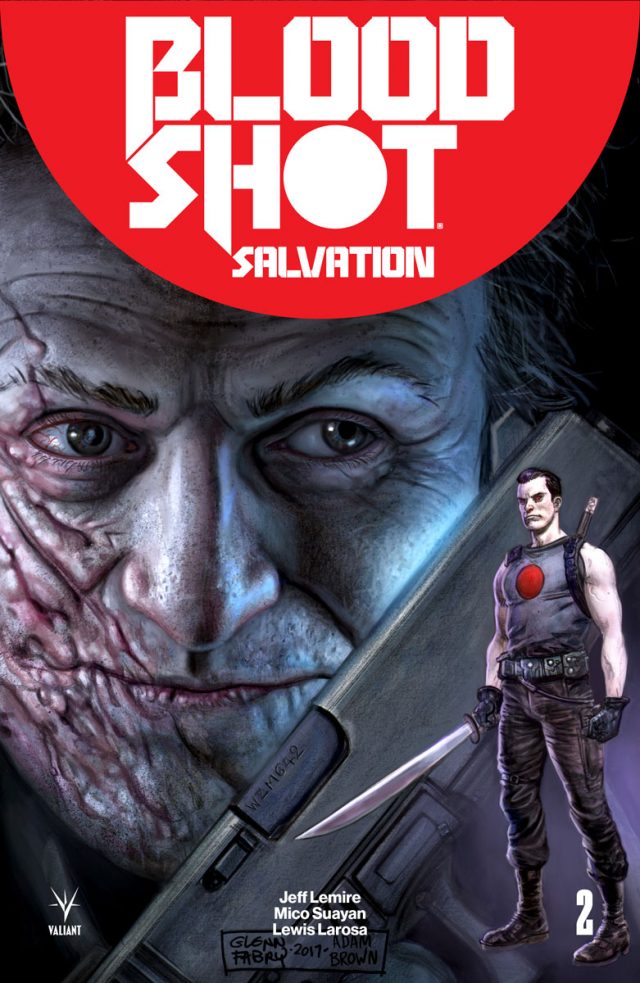 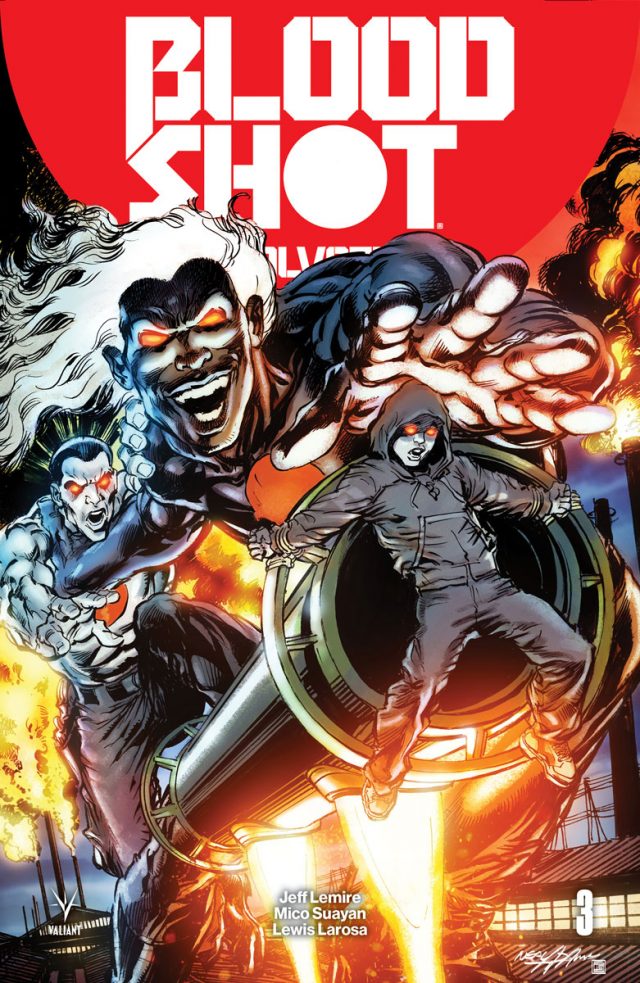 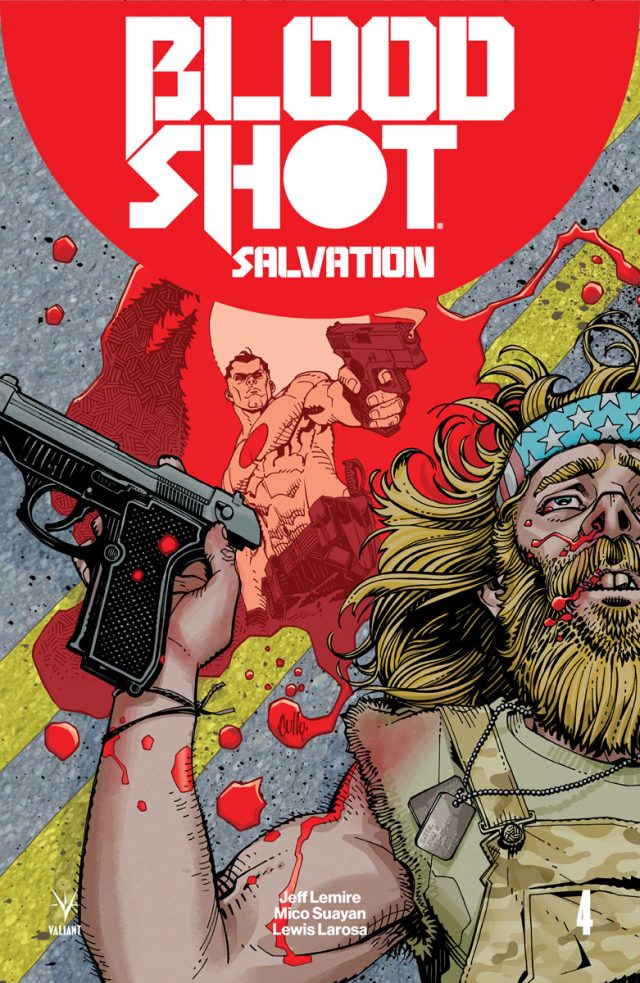 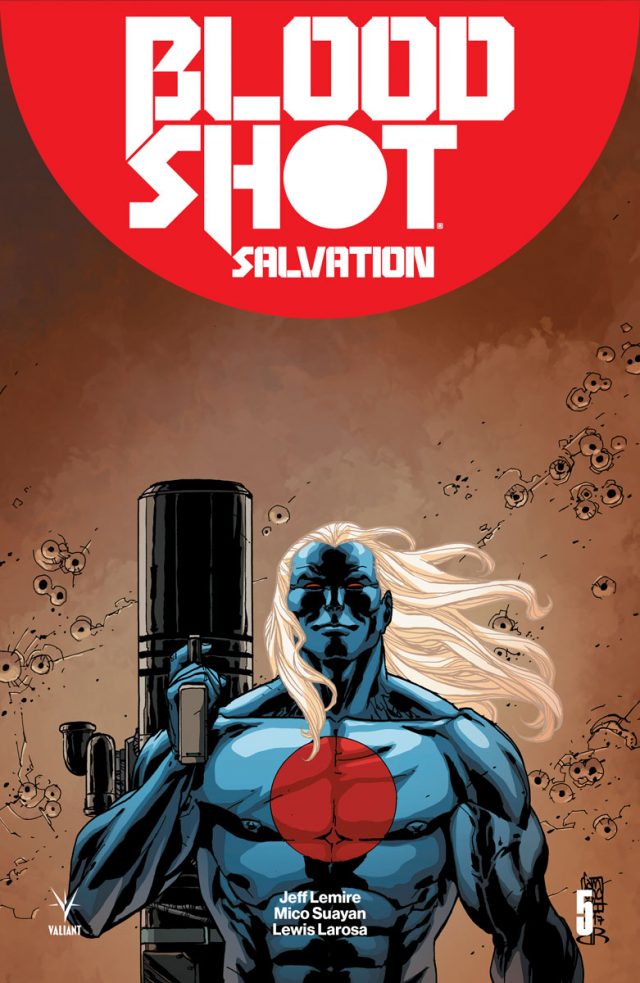 “With the launch of X-O MANOWAR (2017) earlier this year, we challenged ourselves to completely redefine Valiant’s approach to covers and variants – from trade dress and logo designs to cover concepts on up,” said Valiant CEO & Chief Creative Officer Dinesh Shamdasani. “That resulted in several innovations that have quickly taken hold amongst fans and collectors, and now we’re refining the process even further for the launch of BLOODSHOT SALVATION #1 – Valiant’s most important series of the fall and a truly heart-wrenching introduction to Jeff Lemire’s Eisner-nominated run on the character. From Neal Adams to Dave Johnson, BLOODSHOT ICONS might just be our of heaviest hitting artistic roster to date – and we have some even more stellar surprises yet to be revealed…”

Attention retailers: For instructions on how to qualify for each of BLOODSHOT SALVATION’s BLOODSHOT ICON variant covers, please refer to the Diamond Retailer Site or contact a Valiant sales representative directly at sales@valiantentertainment.com.

On September 20th, Bloodshot charges back into the world of violence and cruelty that created him…and comes face-to-face with his greatest adversaries yet! Jeff Lemire, Mico Suayan, and Lewis LaRosa turn the Valiant Universe on its head for the next great act to one of comics’ most celebrated action epics, only in BLOODSHOT SALVATION #1 – featuring covers by Kenneth Rocafort (The Ultimates), Monika Palosz (DIVINITY III: STALINVERSE), Tomas Giorello (X-O MANOWAR), Ryan Bodenheim (The Dying & The Dead), Greg Smallwood (Moon Knight), and Dave Johnson (100 Bullets)!