From Friday, March 31st to Sunday, April 2nd, Valiant’s non-stop convention tour is charging into WonderCon 2017 – and we’re bringing in tons of convention-only exclusives, panels, programming, and signings that you won’t find anywhere else!

All weekend long, Valiant is making booth #1019 inside the Anaheim Convention Center the only place to find a complete selection of trade paperbacks and deluxe hardcovers from the largest independent superhero universe in comics, with critically acclaimed and award-winning titles including BLOODSHOT REBORN, BRITANNIA, DIVINITY, FAITH, NINJAK, QUANTUM AND WOODY, X-O MANOWAR, and many more!

Then: War comes to WonderCon as Valiant teams up with Los Angeles’ own Golden Apple Comics for the X-O MANOWAR (2017) #1 GOLDEN APPLE EXCLUSIVE VARIANT, featuring the art of comics legend Bill Sienkiewicz (Elektra: Assassin)! The year’s biggest superhero sci-fi blockbuster begins here with the FIRST ISSUE of the EPIC NEW ONGOING SERIES from New York Times best-selling writer Matt Kindt (Divinity, Mind MGMT) and Valiant-exclusive rising star Tomas Giorello (Bloodshot Reborn, Batman and Robin) that will push Aric of Dacia beyond the farthest limits of our galaxy…and into the brutal opening salvo of the ultimate X-O Manowar tale ever told! Exclusive available only at the Golden Apple booth #402!

Plus: Don’t miss the convention-first debut of two brand-new Valiant t-shirts from Jack of All Trades, featuring the unstoppable X-O Manowar ($25)!

The excitement lights up on Friday, March 31st at 1:30 p.m. PT in Room 208 for the VALIANT 101: THE STORY STARTS HERE panel presentation! New to the Valiant Universe? Jump on board right here with a concise and fun-filled introduction to the origins and adventures of Valiant’s greatest and most iconic heroes – from BLOODSHOT and DIVINITY to FAITH and HARBINGER RENEGADE to NINJAK and X-O MANOWAR! From The A.V. Club to Buzzfeed and Entertainment Weekly and dozens more, Valiant has been hailed as the premier superhero publisher in comics today… Now, look no further than this panel of Valiant all-stars to find out where to start!

Then, the Valiant Universe leaps out of the comics page on Saturday, April 1st at 12:00 p.m. PT in Room 211 for VALIANT DIGITAL: NINJAK VS. THE VALIANT UNIVERSE AND BEYOND! Join Valiant’s own Dinesh Shamdasani, directors Aaron & Sean Schoenke, cast member Kevin Porter (Armstrong), Hyper RPG’s Zac Eubank, and special surprise guests as they collide MI-6’s deadly assassin against a gauntlet of Valiant’s most formidable heroes in never-before-seen footage from NINJAK VS. THE VALIANT UNIVERSE – the bone-shattering, live-action series coming in 2017!

Next up, find out all that you need to know about the cataclysmic future that awaits on Saturday, April 1st at 6:00 pm PT in Room 209 for the VALIANT: THE ROAD TO HARBINGER WARS 2 panel presentation! The road to Valiant’s biggest, most ambitious and most impactful comic book event of all time starts right here at WonderCon with a superstar cast of Valiant creators and staff! Jump on board here to find out what the future holds for HARBINGER RENEGADE, X-O MANOWAR, BLOODSHOT, FAITH, DIVINITY, NINJAK, and the rest of Valiant’s most powerful heroes…and how the coming of HARBINGER WARS 2 will soon be felt across the entire Valiant Universe with never-before-seen artwork and announcements!

Finally, ring in the biggest silver anniversary celebration of the year on Sunday, April 2nd at 1:30 p.m. PT in Room 208 for the VALIANT: 25 YEARS OF X-O MANOWAR panel presentation! This March, Valiant celebrates 25 years of its most enduring comic book icon as best-selling writer Matt Kindt and a rotating cast of powerhouse interior artists launch a stunning new beginning in the all-new X-O MANOWAR (2017) #1! Now, right here at WonderCon, join a blockbuster roundtable of Valiant’s greatest talents for an in-depth discussion of X-O Manowar’s landmark place in comics history…and a special look forward at the must-read new series of 2017!

We’ll see you in Anaheim! 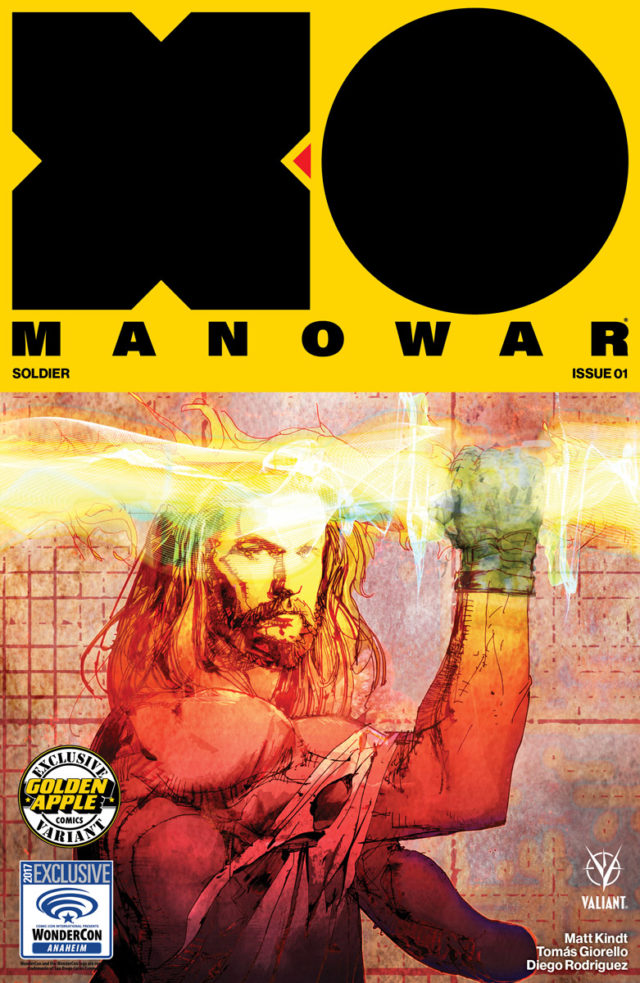 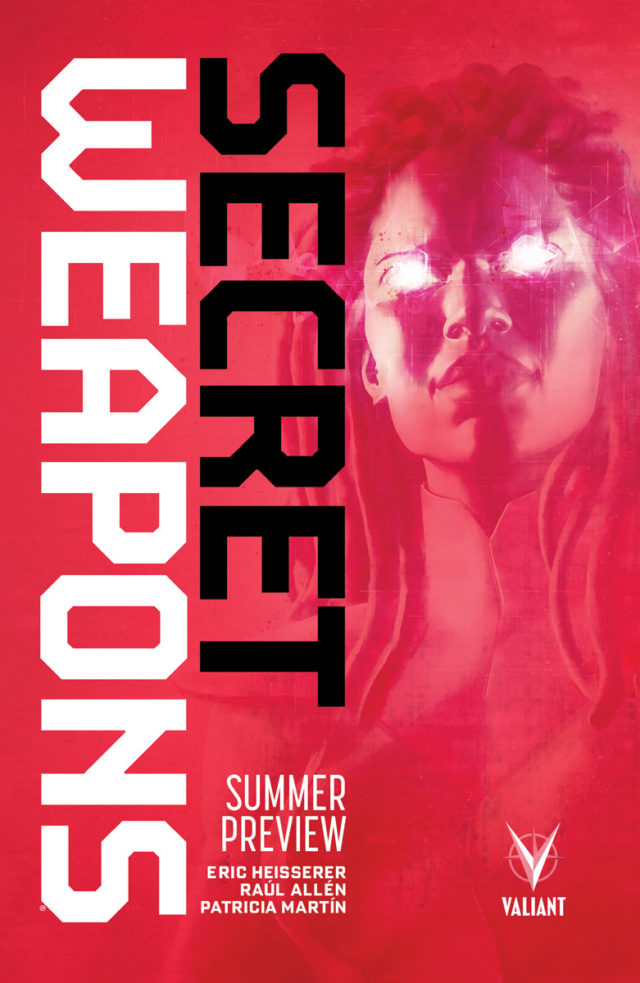 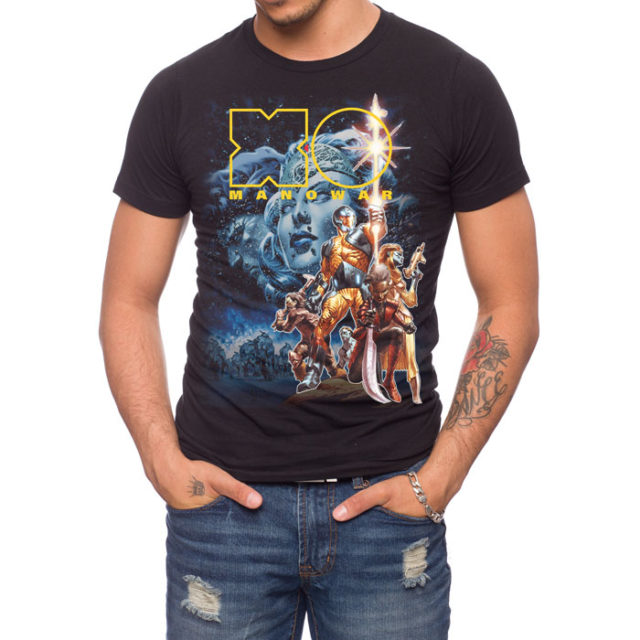 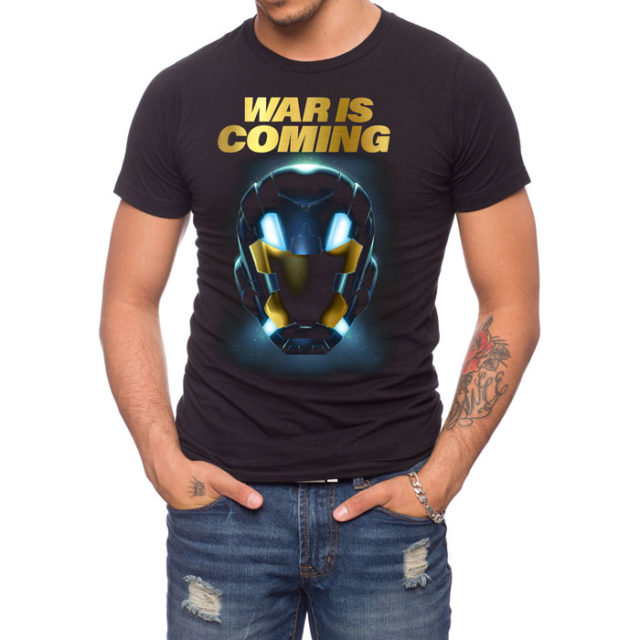 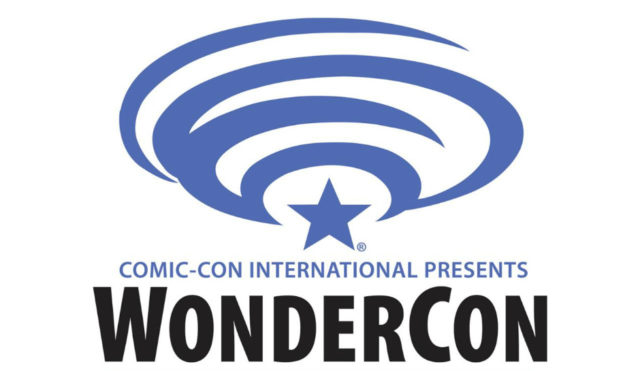 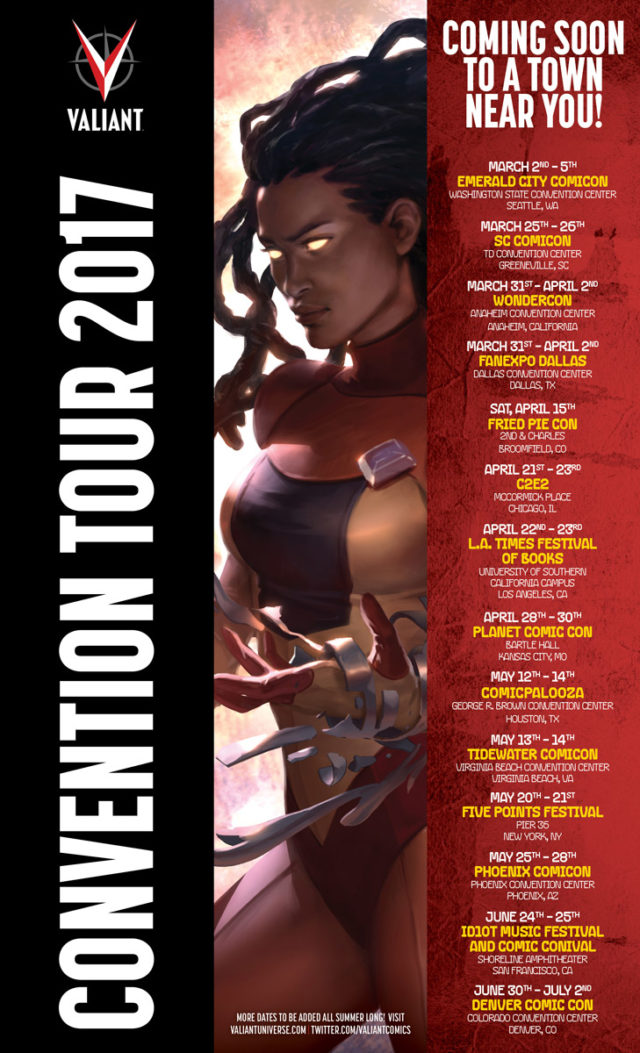