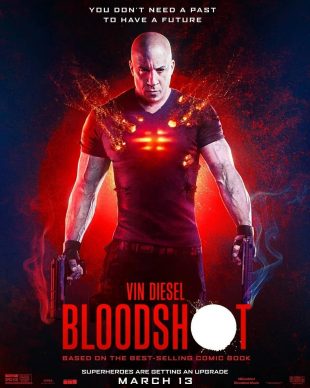 BLOODSHOT earned a spot on the Academy Awards’ shortlist of nominees for best visual effects. Starring Vin Diesel and released by Sony Pictures, BLOODSHOT is the first feature film based on a Valiant Entertainment character. Bloodshot follows the story of a nanite-infused super soldier whose memory has been altered. The action-packed movie was number one worldwide in both theaters as well as in digital release. In addition, the film received praise from fans, earning a 4.3 out of 5 stars rating on Amazon Prime and a 78% audience score on Rotten Tomatoes, and now is in the running for an Academy Award nomination.

Valiant is poised to become the next major universe of characters to take over Hollywood, with Valiant Entertainment’s second feature film, HARBINGER, partnering with Original Films and Paramount Pictures, with Justin Tipping set to direct. Harbinger portrays a group of outcast teens who discover they have latent superpowered abilities.

BLOODSHOT is now available on 4K/Blu-ray/DVD and digital wherever movies are sold. The next issue of the BLOODSHOT comic goes on sale February 24th.