February 4th, 2021 – It’s time for a team-up. Valiant Entertainment and Benny Potter, aka Comicstorian on YouTube, are joining forces for a backup story in BLOODSHOT #12, on sale March 10th and available for pre-order right now at a comic shop near you.

For his debut as a comic writer, Benny will do what he does best: Recap Bloodshot’s story! This four-page tale, illustrated by Juan José Ryp, colored by Andrew Dalhouse, and lettered by Dave Sharpe, explores Bloodshot’s journey leading up to the compelling events in BLOODSHOT SALVATION. “Why SALVATION? Hint… we may have big plans for one of those characters,” teased Valiant Senior Editor Lysa Hawkins. 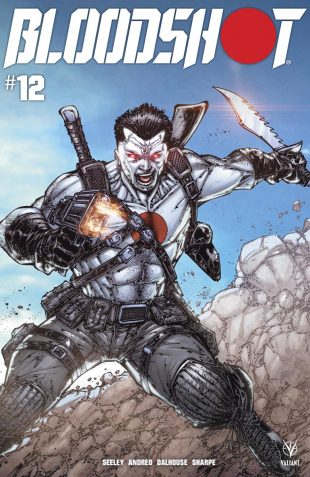 Benny explained why he was excited to jump into the Valiant Universe and help shine a spotlight on the nanite-infused supersoldier. “Bloodshot at first looks like the normal gun-toting superhero, but as you dive deep into his history and lore a completely separate side comes out. While many heroes have a troubled background, he never truly knows if his even is a troubled background.” The fan-favorite comic book commentator added, “He only knows snippets of his previous life, and everyone is constantly altering and changing it around. I think that mystery really adds to his character beyond every other hero in a similar boat. We don’t have a man with a troubled past, we have a man with no past. He is trying to find where he came from while forging a new life in front of him.” 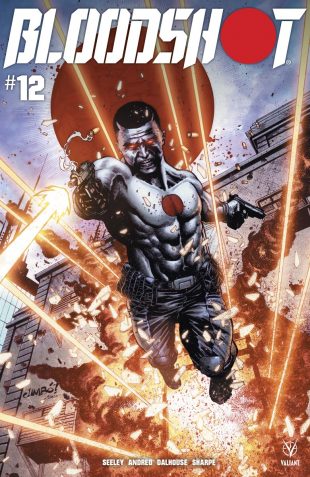 “One Last Shot” has a final epic battle!

Will Bloodshot and his team be able to stop one of his greatest villains from obtaining Project Rising Spirit’s most insidious weapon?

Comicstorian is a YouTube channel that specializes in comic book recaps with a unique twist. They take the bare-bones storyline behind many favorite comics and read them in a dramatic fashion using narrator Benny Potter.