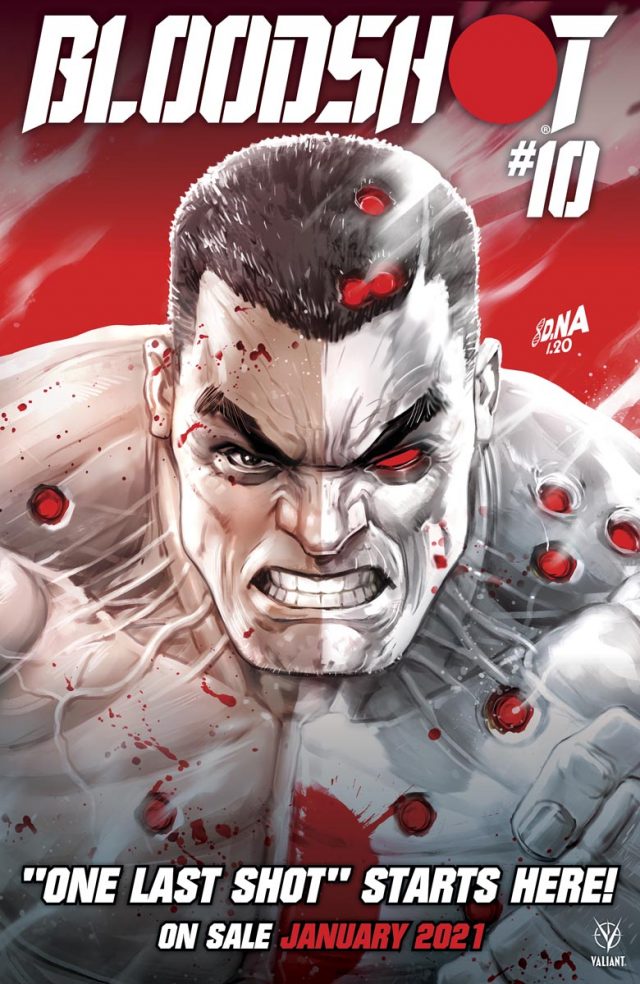 September 21st, 2020 – Get ready for rampage as the action-packed storyline “One Last Shot” begins this January in BLOODSHOT #10!For the explosive final arc of TIM SEELEY’S critically-acclaimed run, the New York Times best-selling writer will be joined by industry icon BRETT BOOTH and the amazingly talented PEDRO ANDREO to unleash all kinds of mayhem as Bloodshot faces retribution. The upcoming storyline will also feature two characters from Bloodshot’s blockbuster movie starring Vin Diesel: Wilfred Wigans and KT!

“Coming out of The Burn storyline, Bloodshot feels like he should finally leave himself in the darkness and not come back, but then Wigans calls him and says he needs him,” teased Seeley. “Every time he turns his back on humanity, he has another reason to come back to humanity.”

Seeley enjoyed building a past for Wigans, hinting that the upcoming tale introduces a familiar face for longtime Bloodshot fans. “Wigans is a story generator and we get to tie his story back to the past with our villain, who I won’t spoil for everybody. It’s a nod back to some classic BLOODSHOT continuity by bringing back a new version of one of the bad guys.”