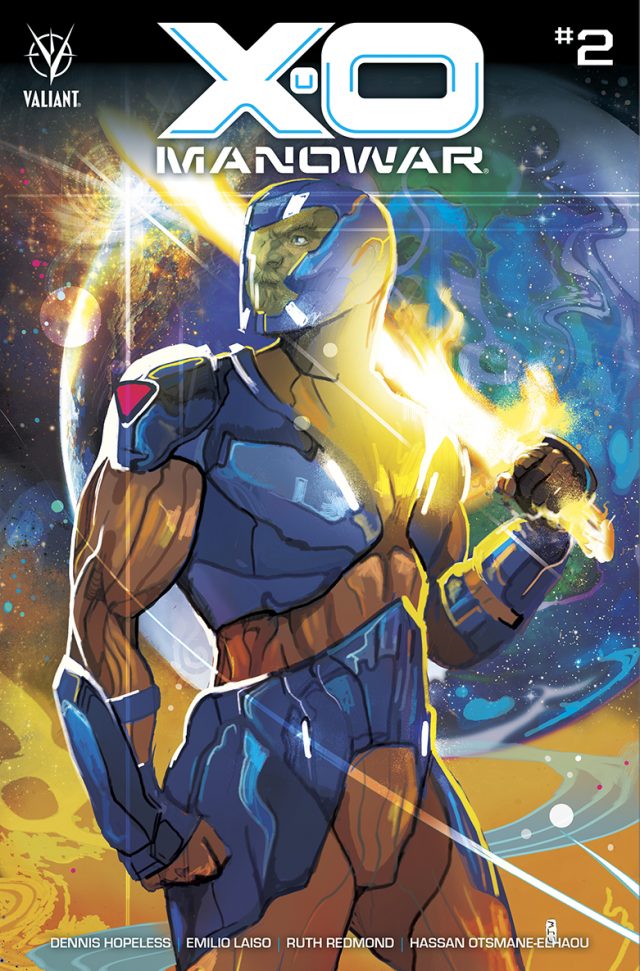 “X-O Manowar has always been a nuclear missile with the mind of a noble warrior,” remarked Dennis. “He’s unstoppable in combat. Need to defeat an alien warlord? Repel an intergalactic invasion or end a war? Aric’s your guy. But this time, X-O Manowar is acting locally. What happens when a nuclear missile moves in down the street? How does a superweapon playing superhero save the neighborhood? How does he change the world?”

Check out the first four pages of X-O MANOWAR #2, below.

X-O MANOWAR #1 received critical acclaim, with CBR calling it “another win for Valiant.”

“…an engaging reboot with a solid creative team behind it…” – Christa Harader, Multiversity Comics

“…one of the best things from Valiant I’ve read in the last year.” – Alex K. Cossa, Graphic Policy