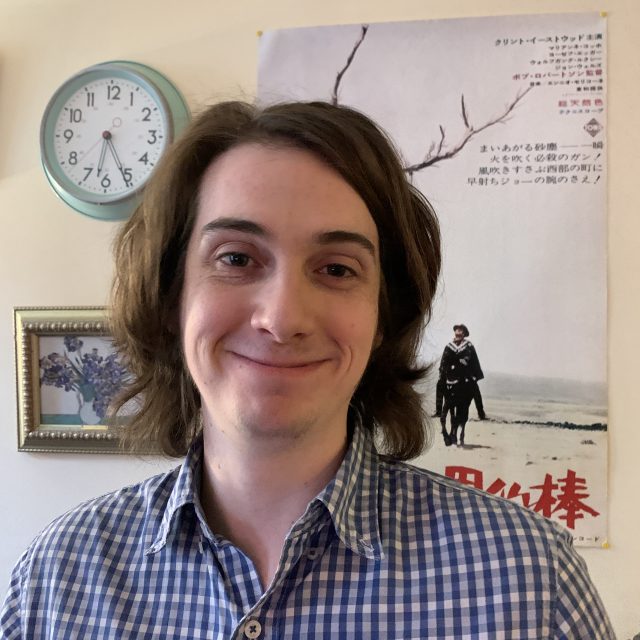 As part of our Virtual Valiant HQ Fridays, we wanted to give everyone an opportunity to get to know the folks behind the scenes here at Valiant HQ. This week, we sat down with International Licensing Coordinator, Oliver Taylor, to ask about the world of licensing, his favorite comics, and his advice about how to make it in the comics industry.

Valiant: What does the International Licensing Coordinator do?

Oliver Taylor: I license the rights to Valiant characters, which means I research, negotiate, and maintain deals with companies to bring high quality Valiant-branded products to the market. I predominantly focus on international licensees, foreign language publishing partners, and international agents, but also work with domestic licensing partners, too.

OT: I’m proud to say I was an intern! I helped out with the Sales and Licensing departments and was ultimately hired on to the Licensing team.

OT: The first Valiant comic I ever read was BLOODSHOT REBORN. I was going through a Jeff Lemire phase and picked up the first trade after he mentioned it on Twitter. After that I bought THE VALIANT trade and was hooked on the universe and worldbuilding. That’s why it’s still my favorite Valiant comic.

OT: I just pulled a bunch of trade paperbacks out of storage so I’ve started re-reading The Saga of the Swamp Thing. If THE VALIANT is my favorite Valiant title, then Moore’s Swamp Thing is my favorite comic of all time.

OT: I buy all my comics from Anyone Comics in Brooklyn. They’re right around the corner from where I live and everyone there is really nice!

OT: Big fan of Quantum. He’s the perfect foil to Woody and I think the best panels in Q+W aren’t Woody’s antics but Quantum’s reactions right before or after. Also his costume is cool.

OT: Valiant’s heroes don’t just exist in the same shared universe, they exist in our universe, which make all the stories feel a little more grounded and meaningful to me. That, along with the fact that different Valiant series really work within different genres instead of always just “superhero stories” makes Valiant stand apart.

OT: I’m really excited about the action figures we’ve got in the works with [CLASSIFIED]. This is going to be the first time that some Valiant heroes will be available as [CLASSIFIED] and I can’t wait for fans to be able to check them out!

OT: I really like being able to see the comics industry from an entirely different perspective. Before working at Valiant I never knew about all the moving parts and intricacies that need to come together to create licensed shirts or video games or movies, let alone everything that goes into making a comic book on the publishing side of the company!

OT: Make a habit of keeping a contacts book to keep track of everyone in the industry you’ve met and always follow up on emails, calls, interviews, and meetings. The industry is smaller than you think it is, and making sure people remember you is as important as remembering other people in your network.