As part of our Virtual Valiant HQ Fridays, we wanted to give everyone an opportunity to get to know the folks behind the scenes here at Valiant HQ. This week, we sat down with Director of International Publishing & Merchandising, Peter Stern, to ask about his favorite comics, his role within the company, and his long history as a Valiant fan.

Valiant: What does the Director of International Publishing & Merchandising do?

Peter Stern: Like any small company people here tend to wear a lot of hats and I’ve probably ended up with more of them than most people at Valiant. Most of my time is spent working on our book and library trade publishing programs, including our upcoming YA fiction titles; digital publishing; and on the development of our licensed products.

PS: Back in 2011 I saw the news that Valiant was relaunching X-O MANOWAR on Free Comic Book Day. I was looking for work in publishing at the time so shot them my resume, had an interview and was offered a position. I had offers from a few different companies including Marvel, but chose Valiant because I’d always loved the universe and thought being a part of something that was just starting out would be exciting.

PS: Valiant’s where I got my start and my first real project in the company was getting our digital publishing program going and getting our complete library of classic titles online.

PS: Chris Claremont’s run on Uncanny X-Men was everything to me when I was growing up. Reading the stories I had missed out on was what drove me to go back issue bin diving everywhere I could get to in New York City for years.

PS: It was November 18th, 1992, the day everyone else was buying the Death of Superman I was grabbing BLOODSHOT #1. The action had me hooked from that first two page spread.

PS: It has always been Shadowman. Bob Hall’s depiction of a man torn between his excitement at the dark power inside of him and his fear of losing control of it struck me as a truly unique creation from the very first issue I read.

PS: I think we’ve always been set apart by a willingness to push the limits of the kinds of stories you can tell with these kinds of characters. We do things like giving the kind of agency you often only see in villains to our heroes just to see how far you can take them. Characters like X-O Manowar and Toyo Harada push the limits on what kind of character you can call a hero or a villain.

PS: There are some non-publishing ones coming next year I absolutely cannot talk about yet but are going to be a huge deal. In publishing, I’m very excited about our very first YA novel, FAITH: TAKING FLIGHT.

PS: Every so often our editorial team is kind enough to let me put on my Mark Gruenwald hat and I get to write and edit an update to our VALIANT UNIVERSE HANDBOOK. We’ve got the best characters in comics and it’s always a blast to get to write about them. 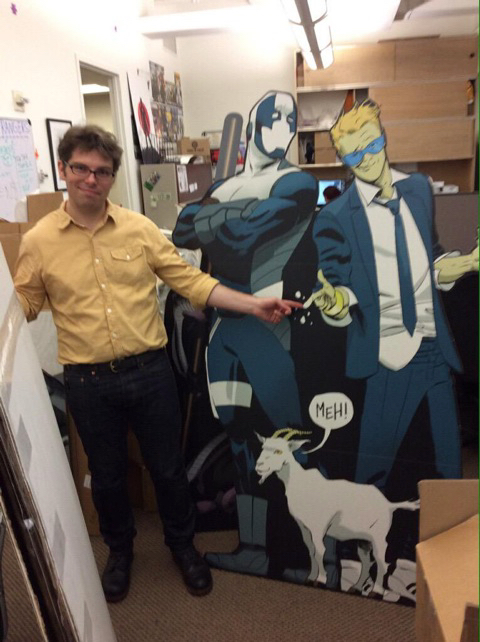