Cover A by ROD REIS

Cover B by JONBOY MEYERS

The Psi-Lords make their debut in the modern-era Valiant Universe in a brand-new ongoing series! But WHO are they? And where they heck are they?! Prepare for a cosmic adventure like no other! Seriously, it’s wild stuff.

Cover A by SANFORD GREENE

Cover B by DECLAN SHALVEY

Get ready for the second thrilling chapter in Valiant’s explosive event series! Rai’s creator and most dangerous foe has returned! The cyborg samurai faces an impossible challenge. Can he stop his greatest enemy from gaining even more power? How many more positronic dinosaurs will have to die for Rai to save the future?

Cover A by MICO SUAYAN

Cover B by KEN LASHLEY

Wait, did THAT really just happen in the last cliffhanger? Oh, man… Can Toyo’s team recover or will they never be the same again? Trust us, you don’t want to miss the acclaimed limited series about the world’s most powerful man.

Cover A by KENNETH ROCAFORT

Cover B by FRANCIS PORTELA

The masterminds behind the Psiot Security and Education Program uncovered! Can Livewire save Phoebe and avoid being captured? Phoebe’s backstory is revealed!

Cover A by DAN BRERETON

Cover B by DAVID MACK

Uncle Gunnysack: 1, Punk Mambo: 0! Punk Mambo wants revenge. Best of luck to anyone standing in her way. Prepare yourself for some mystic mayhem!

Cover A by FELIPE MASSAFERA

Cover B by AJ JOTHIKUMAR

Will we finally learn the truth behind Bloodshot’s origin? This issue will change everything you know about the nanite-filled supersoldier. The action-packed ending of BLOODSHOT RISING SPIRIT! 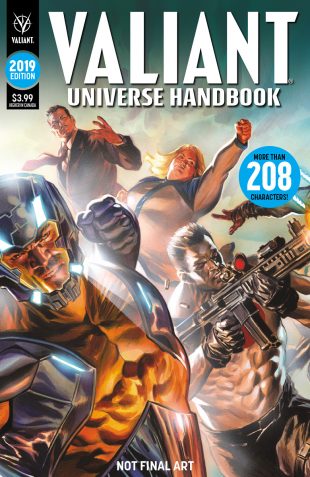 An essential reference to the entire Valiant Universe of heroes and villains. Learn the origins, secrets, alliances, and vendettas of all of your favorite characters. You’ll find everything you need to know – from Bloodshot’s first firefight, when Archer met Armstrong, the secrets of the Deadside with Doctor Mirage, all the way to the true origin of the X-O Manowar armor and everything in between – all right here! 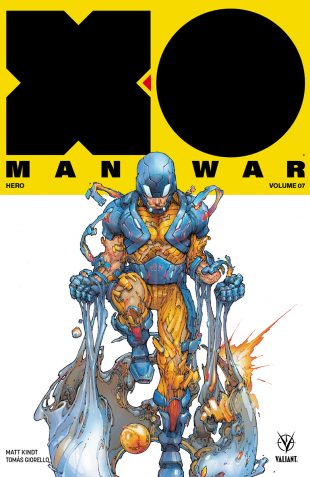 The past catches up with Earth’s Visigoth guardian! Aric of Dacia may have left Planet Gorin behind, but its people still remember the ruin they felt in his wake…and so do the bounty hunters who sought to end his barbaric reign! Now, they’ve arrived on our world to finish the job they started – and this time, they don’t plan on taking X-O Manowar alive! Collecting X-O MANOWAR (2017) #23–26. 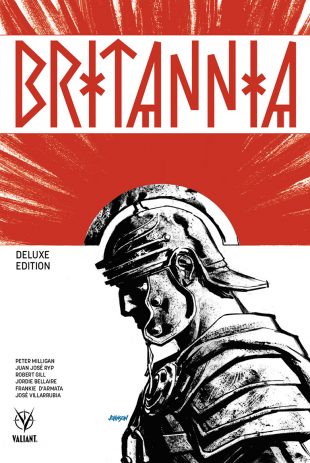 On the fringes of civilization, the world’s first detective is about to make an unholy discovery. In the remote outpost of Britannia, Antonius Axia – the First Detective – will become Rome’s only hope to reassert control over the empire’s most barbaric frontier…and keep the monsters that bridge the line between myth and mystery at bay. Collecting BRITANNIA #1–4, BRITANNIA: WE WHO ARE ABOUT TO DIE #1–4, and BRITANNIA: LOST EAGLES OF ROME #1–4, along with over 20+ pages of rarely seen art and extras! 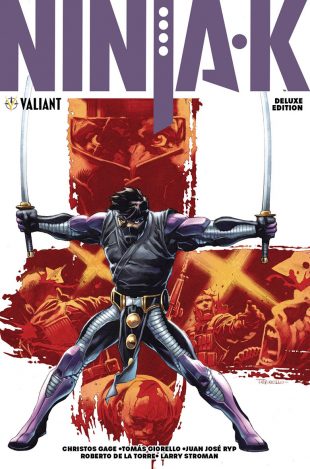 One by one, the operatives of MI-6’s covert “Ninja Programme” are being murdered by an unseen threat. Ninjak must confront the bloodstained legacy that spawned him…before his own name gets crossed off the list… The circle around Valiant’s deadliest superspy closes in the complete deluxe edition hardcover of the series Nerdist calls, “one hell of a ride”! Collecting NINJA-K #1–14, “Prelude to Ninja-K” from NINJAK #0, and more than 20+ pages of rarely seen process art, designs and extras! 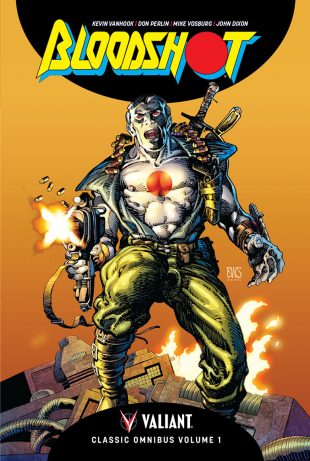 Before the “Bloodshot” movie hits in February 2020, follow the complete collected adventures of the original man from Rising Spirit – from his origin and very first appearances to his debut in his own smash hit series – in this first deluxe, oversized volume! Brought back from the grave by Project Rising Spirit, Bloodshot is powered by nanoscopic machines that can repair all injuries and maximize his physical potential. But the nanites can’t replace his lost memories – or help him shake the feeling that he was once anything but a hero. Collecting BLOODSHOT (1993) #0–24, along with RAI (1992) #0, ETERNAL WARRIOR (1992) #5 and #14–16, SECRET WEAPONS (1993) #3, 9–10 and #13, and H.A.R.D. CORPS (1992) #5.