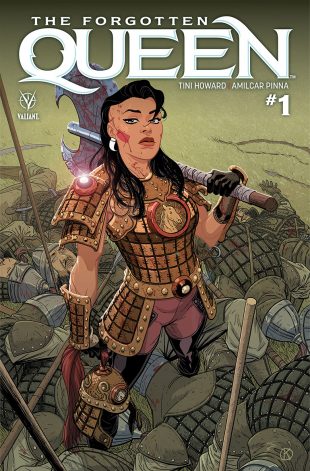 As first revealed at Comicon.com, Valiant is proud to reveal a stunning first look at the lettered and colored pages from THE FORGOTTEN QUEEN #1, the debut issue centered on the powerful immortal with the uncanny ability to cause conflict and violence wherever she goes!

Long ago, the mighty generals of the Mongol Empire rode from Siberia to Carpathia and conquered all who stood in their way. Legends tell of a witch who walked with them, who could infect the hearts of any warriors in her midst with an unquenchable thirst for battle and bloodshed…a War-Monger. And now she is walking again!