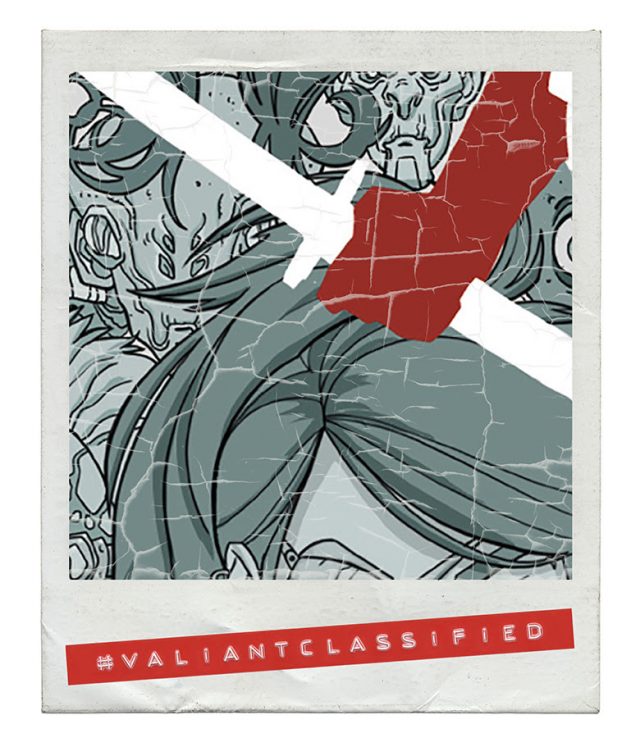 We here at Valiant HQ are super excited about our 2019 lineup! From already announced titles like INCURSION, THE FORGOTTEN QUEEN, and THE LIFE AND DEATH OF TOYO HARADA to what we’re gearing up to reveal, all cylinders are firing here and we can’t wait to share the news!

But…all in good time, my friends!

In the meantime, we’re getting jaw-dropping artwork and updates each and every day, so we want to share some of that joy with you! Starting today, we’re going to post periodic #ValiantClassified images.

So, what do you think we’re teasing? Enjoy speculating!