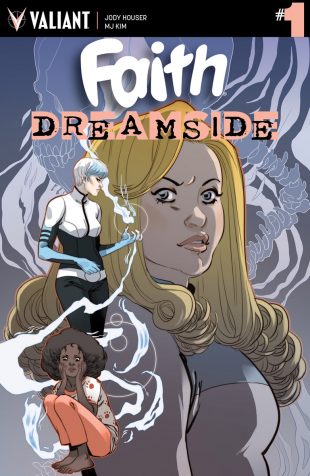 As first released on Comicon.com, Valiant is excited to reveal a final sneak peek at FAITH: DREAMSIDE #1 before the upcoming limited series heads to comic stores on September 26th! This fall, spectacular Jody Houser (Mother Panic) returns to the helm of Valiant’s beloved fan-favorite character, alongside rising star artist MJ Kim (FAITH’S WINTER WONDERLAND SPECIAL #1) and Eisner-winning colorist Jordie Bellaire (BLOODSHOT SALVATION), for a journey deep into the heart of the Dreamside!

“I love how [Faith] could be any of us,” writer Jody Houser told Comicon.com. “She grew up with the same pop culture influences we did, and that informs her moral choices and optimistic outlook. She could be anyone we meet at a comic convention or a gaming table.”