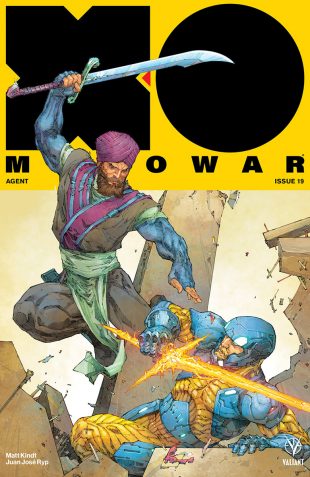 Plus: Don’t miss your chance to reserve the X-O MANOWAR (2017) #19-22 PRE-ORDER EDITION BUNDLE – available only as a pre-order set to fans who reserve the next captivating jumping-on point, “AGENT,” with their local comic shop by the final order cut-off date (FOC) of September 3rd, 2018!

Released monthly from September 2018 through December 2018, each PRE-ORDER EDITION comes packed with trade paperback-style extras and bonus content, including creator commentary, behind-the-scenes looks at the creation of the comics, process character designs and artwork, and first looks at upcoming issues – plus exclusive covers by Whilce Portacio (Uncanny X-Men) that can’t be found anywhere else!