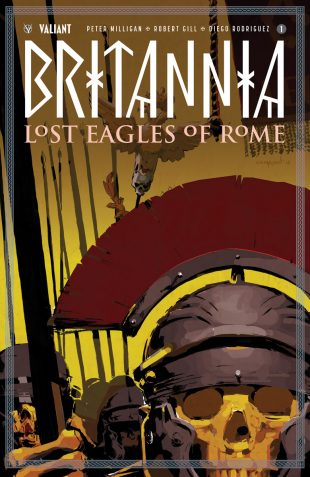 As first revealed today on The Beat, Valiant is proud to present your first look at BRITANNIA: LOST EAGLES OF ROME #1, the incendiary opening salvo of an ALL-NEW EPIC SERIES and BLOODSTAINED JUMPING-ON POINT from Peter Milligan (Detective Comics) and Robert Gill (BOOK OF DEATH)! On July 25th, prepare yourselves for a perilous journey into the barbarian age as history’s first detective takes on another challenging case at the crossroads of magic, mystery, and monsters!