Orphaned at birth and raised on the margins of society, Jack Boniface never knew his place in the world. Until he discovered it waiting for him… in a darkness far older than the reign of men…

Told in total darkness from Bloodshot’s point of view, “THE BOOK OF THE DEAD” enters uncharted territory with a seminal experiment in storytelling written and staged by Eisner Award-winning visionary Jeff Lemire (Black Hammer, Animal Man)!

Owen Cho is a conjurer…which can be a great deal more frustrating than it sounds. You
see, Owen’s “psiot” ability – unlocked at great expense and even greater danger – allows him to materialize objects out of thin air…but he can’t control what to summon or when it might arrive. But what do you do with a heap of undesirable objects conjured from parts unknown, anyway? Have a garage sale, of course!Before the Secret Weapons take center stage in HARBINGER WARS 2 this summer, witness one of the year’s most unlikely and unorthodox origin stories as Heisserer, Allén, and Martín come together once again to recount a life lived one item at a time in “Owen’s Story”! 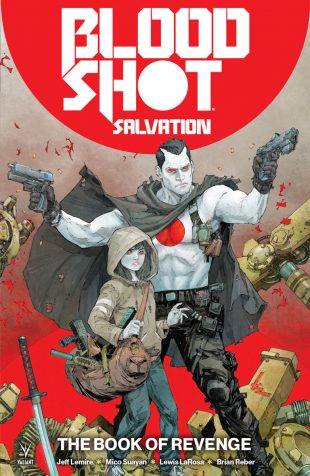 From New York Times best-selling writer Jeff Lemire (BLOODSHOT REBORN, Black Hammer) and extraordinary artists Lewis LaRosa (BLOODSHOT REBORN) and Mico Suayan (BLOODSHOT REBORN), a bloody and vengeful new era for Bloodshot begins here as Ray Garrison escapes his violent past to build the one thing he never thought he’d earn: a family. But when a hateful secret from his true love’s past threatens their fragile peace, Bloodshot will be forced to run headlong into a barrage of blood, bullets, and broken bones for a revenge-fueled assault that will have crushing consequences for those he holds most dear… 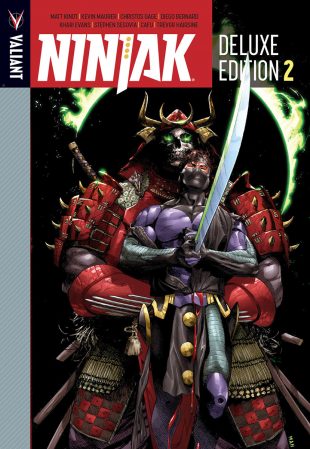 Colin King, the elite MI-6 intelligence operative codenamed Ninjak, has confronted his past. He’s survived the gauntlet of the Shadow Seven. He’s walked into the Deadside and returned a changed man. Now his greatest trial yet will come to pass as the ruthless assassin called Roku returns to lay siege to Ninjak’s present and future by destroying his life from the inside out – and only the death of Colin King will stop her.