He betrayed his friends. He betrayed his country to save us all… In the wake of NINJAK VS. THE VALIANT UNIVERSE’s stunning digital debut – coming this winter to digital devices everywhere – get the full story behind the head-to-head showdowns, hero-on-hero collisions, and epic consequences that await as Ninjak goes it alone against a gauntlet of the Valiant Universe’s biggest and most beloved icons! Watch the live-action, episodic series… Then follow the action directly onto the comics page with extra-added action, intrigue, and revelations behind Ninjak’s grueling firefight against Valiants’ most indelible heroes – with red-hot creators Eliot Rahal (The Paybacks) and Joe Bennett (Deathstroke) calling the shots! 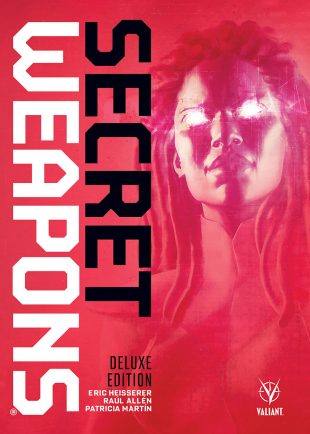 Eric Heisserer, the Academy Award-nominated screenwriter of ARRIVAL and Valiant’s upcoming HARBINGER and BLOODSHOT feature films, joins the Harvey Award-nominated art team of Raúl Allén & Patricia Martín (WRATH OF THE ETERNAL WARRIOR) for an all-new Valiant adventure…launching Livewire and an extraordinary new team of heroes into the fight of their lives! 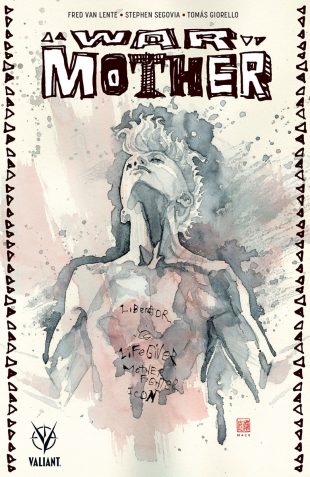 Two millennia from today, Earth is not the hospitable home we once knew. Ravaged by an endless onslaught of war, disaster, and time, the world is littered with desolate badlands, fortified kingdoms, and secretive enclaves where humanity still clings to life… Enclaves like The Grove – Earth’s last known repository of scientific knowledge and bioengineered prosperity. Now, under the leadership of the lone protector called WAR MOTHER and her sentient sniper rifle, the denizens of The Grove face a critical choice: remain where they are and die, or find a new land and flourish. Can War Mother lead her people out of isolation and reignite the fires of a dying planet? And even if she can locate the distant citadel she seeks, can she fight back the horrors and perverse monstrosities that lurk just beyond her doorstep?