Watch the upcoming live-action digital promotion coming this winter – then jump headlong into the fight-fueled showdown of the century as acclaimed writer Eliot Rahal (The Paybacks) and red-hot artist Joe Bennett (Teen Titans, Deathstroke) reveal the full scope and adrenaline-drenched intensity of…NINJAK VS. THE VALIANT UNIVERSE! 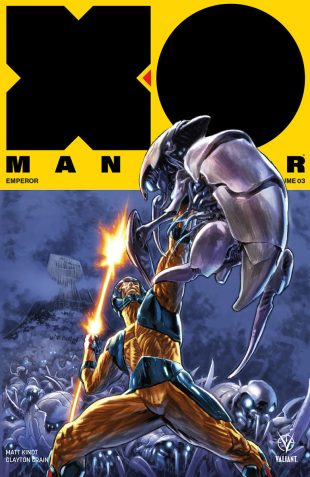 A war has been won, a victory has been decided… and now, an entire alien world kneels before the throne of their new leader: the unstoppable X-O MANOWAR! He has traded his armor for a crown and a new age now begins… even as an extraterrestrial invader readies an interplanetary attack that could pull Aric of Dacia from the newfound safety of his imperial palace and back into the blood-sodden battlefields where his conquest began. 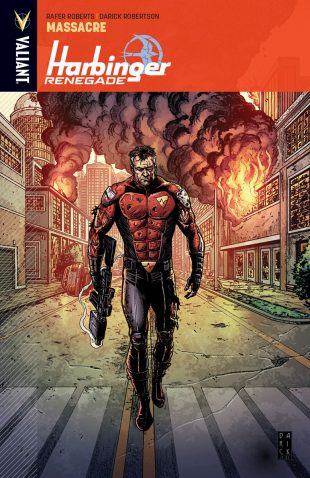 Toyo Harada’s former protege – Alexander Solomon, a “psiot” with the ability to predict and analyze potential futures – has been waiting for this moment. With the Harbinger Renegades – Peter Stanchek, Faith, Kris Hathaway, and Torque – now reunited as a result of his covert manipulations, his ultimate gambit can now begin. But he’s not the only one who has been watching. Major Charlie Palmer has just re assigned a new division of the militarized psiot hunters codenamed H.A.R.D. Corps to active duty… and they’re about to bring a torrent of blood and calamity roaring into the streets of a major American metropolis for an all-out firefight.

Harvey Award-nominated writer Rafer Roberts (Plastic Farm) and superstar artist Darick Robertson (The Boys, Transmetropolitan) begin THE ROAD TO HARBINGER WARS 2 – right here with a bang that will reverberate throughout the entire Valiant Universe…and claim the life of a major hero! 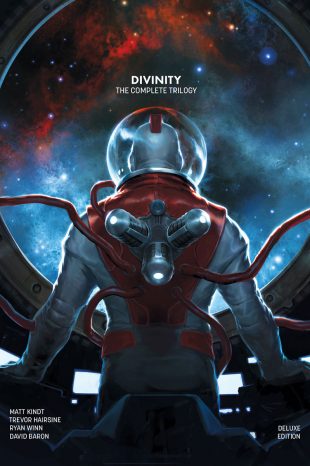 For the first time anywhere, experience all three sold-out volumes of the visionary science-fiction saga that refined the Valiant Universe for the 21st century in one stunning, oversized deluxe hardcover!

At the height of the Cold War, the Soviet Union – determined to win the Space Race at any cost – green lit a dangerously advanced mission. They sent a man farther into the cosmos than anyone has gone before or since. Lost in the stars, he encountered something unknown. Something that… changed him.

Long thought lost and erased from the history books, he has suddenly returned, crash-landing in the Australian Outback. The few that have been able to reach him believe him to be a deity – one who turned the scorched desert into a lush oasis. They say he can bend matter, space, and even time to his will. Earth is about to meet a new god. And he’s a communist. How long can it be before the first confrontation between mankind and DIVINITY begins?