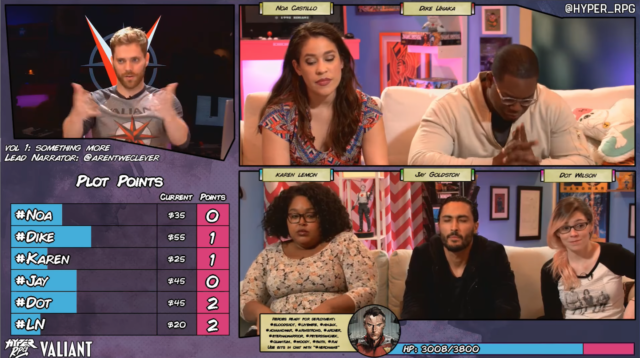 Valiant Digital is proud to announce that is re-teaming with Twitch’s Hyper RPG channel for VALIANT VANQUISHED: SEASON TWO – the next epic season of the live-streaming game show based in the world of Catalyst Game Labs’ best-selling VALIANT UNIVERSE RPG! Tune into Hyper RPG every Wednesday night at 12:30 am ET/9:30 pm PT for the latest, all-original adventure set in the Valiant Universe, as a fun-filled cast leads their role-playing characters through improvised stories featuring X-O Manowar, the Harbinger Renegades, Bloodshot, H.A.R.D. Corps, and countless more of your favorite Valiant heroes!

Directly mirroring the events of THE ROAD TO HARBINGER WARS 2 – the prelude to 2018’s seismic crossover event, beginning this July in the pages of HARBINGER RENEGADE #5 by multiple Harvey Award nominee Rafer Roberts (Plastic Farm) and superstar artist Darick Robertson (The Boys, Transmetropolitan) – across a series of all-new campaigns, join Hyper RPG’s players live as they become battle-hardened veterans of the Valiant Universe’s next coming conflict with advance plot points and character profiles drawn from the upcoming firefight between Kris Hathaway’s Harbinger Renegades and Major Charlie Palmer’s H.A.R.D. Corps!

“I can’t wait to lead our new players deep into the Valiant Universe on the heels of HARBINGER WARS 2,” said Hyper RPG CEO Zac Eubank. “As a super-fan, it’s a dream to work with Valiant on crafting this season’s story. Harada and the Renegades put psiots on the map, and now the world knows they are out there. It’s a really neat thing to work in a live improvisational setting, playing with the emotional fallout that kind of situation can cause.”

“VALIANT VANQUISHED is easily one of the most exciting ways to experience the Valiant Universe. From the epic stakes set each and every week to the amazing cast that brings these momentous adventures to life, this is a one-of-a-kind storytelling adventure you’re not going to find anywhere else,” said Valiant’s Director of Digital Media & Development Josh Johns. “We couldn’t be prouder to partner with Hyper RPG in bringing another Valiant Digital project to viewers new and old across the globe, I and think fans will be floored by what we have in store for this season.”

Heroes, villains, and your favorite superhero universe collide like never before as the VALIANT UNIVERSE RPG from Catalyst Game Labs springs to life for an adventure of the ages…only on VALIANT VANQUISHED – airing Wednesdays at 12:30 am ET/9:30 pm PT on Hyper RPG!

VALIANT VANQUISHED: SEASON TWO joins the ranks of a growing slate of digital-first projects from Valiant Digital – a division of Valiant Entertainment committed to producing scripted original content in live action, animation, and emerging media, created specifically for the digital arena. Valiant Digital’s first project, NINJAK VS. THE VALIANT UNIVERSE, is a brutal, first-of-its-kind, live-action digital series that will debut in late 2017. Tasked with expanding Valiant’s reach across social and digital media, Valiant Digital is the next strategic evolution of Valiant’s long-term plan to expand the ranks of its already sizable fanbase around the world.

Plus: Follow THE ROAD TO HARBINGER WARS 2 into “MASSACRE” – a new, four-part assault beginning this July in HARBINGER RENEGADE #5! This summer, the march towards Valiant’s biggest and most impactful crossover event of all time starts here as multiple Harvey Award nominee Rafer Roberts (Plastic Farm) and superstar artist Darick Robertson (The Boys, Transmetropolitan) bring a newer, deadlier, and brutally efficient H.A.R.D. Corps crashing down on America’s renegade team of teenage superhumans! 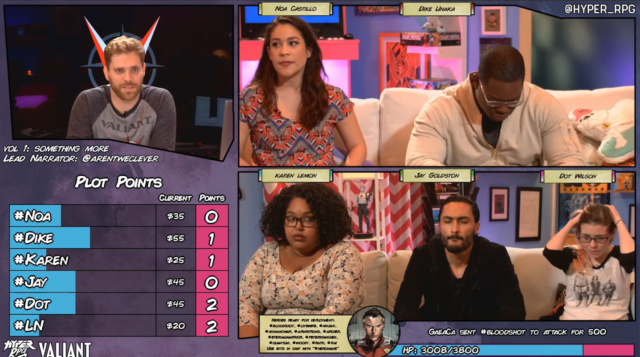 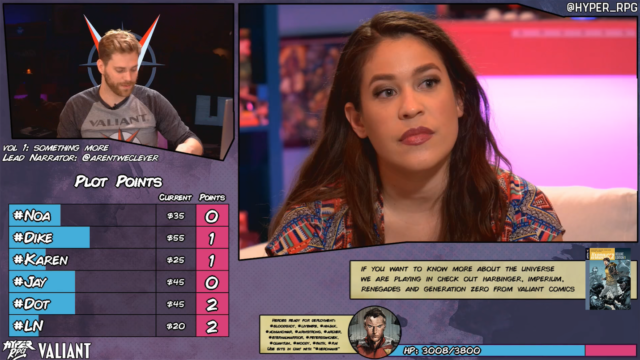 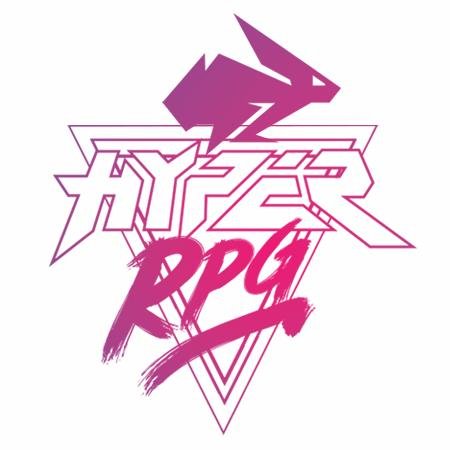 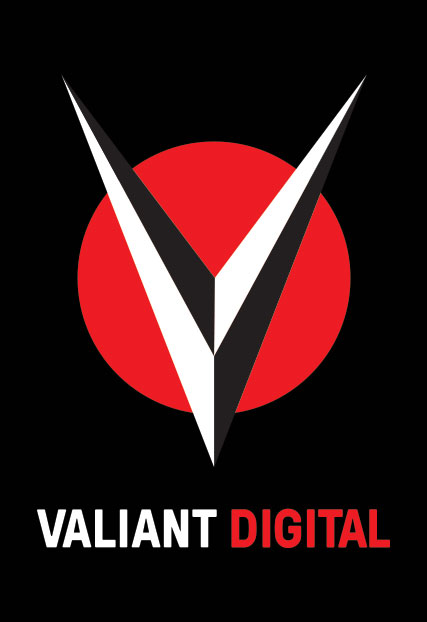